I've had tears for cold 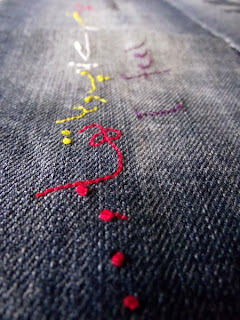 We've been talking to homeless people in Manchester about the cold, their experience of it, their fear of it - and their fondness for it too. These little interviews are source material for stitched texts on quilts that we'll put together for exhibition over the coming months, with the (immense and generous) help of students from MMU. We also have some students shadowing Lois and myself in the sessions. This week it was Hayley, whose ideas and humour have been very welcome. First of all the conversations led where you might expect.

"Between four and six in the morning, you're freezing. No matter what you've got on. The day before Xmas, always freezing. It's so windy and so cold. The cold comes at Xmas."

"Cold comes December. Cold? I can't remember just one day of cold, there's been so many. When am I not cold? When it's summer. When am I coldest? In the wind, in the wind. It cuts you right through. Down your neck and you're cold all the way. You need plenty of hot brews, thermals. Double clothing on top. A good woman in bed is handy, good luck to them all." 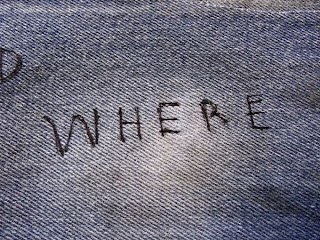 But then we started to talk about cold-heartedness and an extraordinary story unspooled, some of which I'll report here:

"As for chill up the spine cold, cold-hearted, yeah. I've seen that many times, living the life I live. Saw it this morning as a matter of fact. But the most cold-hearted was at a small town in Kosovo. When I was in the country, there were 1.7 Albanians and running the place, 200000 Serbs who controlled everything, chiefly the economy and the jobs.

"These miners in a small town occupied the local mine, demanding very modest rights about how the mine should be run. After so many weeks of occupation the powers that be said they could meet some demands. By which I mean the Communist Party, the pro-Moscow local government. Anti-communists actually, but that's a different story. I'd call myself a communist. An agreement was informally reached. All the villagers and families of miners (probably Albanians, maybe some Serbs too) agreed to have a ceremonial signing of the agreement. So the miners came up to sign. Everyone was there. Twenty-seven of them were put against a wall and shot, in front of everyone who came to see this great event. Pretty much matches the SS and their activities, doesn't it. Cold-hearted. I was there a week later,

"I try to bring things like that into any conversation or dispute. Try to bring to the fore the social and humanitarian issues and principles. I'll say, I don't want to be like this, do you? I'll say, do you wanna be human, or do you wanna hurt me?"

We went onto the Booth Centre in the afternoon, to have a wide-reaching conversation with the group there. We chatted about the remembered cold of childhood, the deliciousness as well as the misery of cold. Even some of the sadder stories sparked with humour, and the pleasure of remembering.

"Saw a lot of rain as a kid in Manchester. My brother was scared of the storms. But I liked running in the rain, climbing trees. Even now if I'm bored I go for a run in my socks and undies. Running through the rain when I was a kid. I can't explain it, the feeling. Forbidden, you're fighting nature, up against the cold. I've upgraded now, I put women's underwear on. Snowy days, building snowmen. We were knobs as kids, troublemakers. Went through a phase of eating toilet paper."

"Kids haven't any fear of the cold. Their blood runs faster. Getting older, we're scared. My old man used to do us a brew and a toast then I was out through the door. I'd be off by myself, went for miles. Once I seen a baby fox playing on a hill, fed it for days then it disappeared. I was a loner. Born 1963, a really severe winter. Shoulda been born on Xmas day but I came out three days late. It was warmer in the womb. We lived on a sloped street I Stockport. When it rained, the water would stream down. I used to put my head next to the drain in the gutter and let the water run over me. Never felt the cold."

"I was brought up with coal fires. When the fire went down, you felt the cold. A bad winter, a bad winter. When you're young you don't feel it so bad. You're on the move, always on the go, chasing footballs. Got memories of the coal fire slowly fizzling. Just the embers and the cold setting in. Sometimes the coal was wet, or slack, the flames damped down last thing at night. The cold bedrooms, four in a bed. Hot water bottles. No radiators, our heat was those flames."

"Playing out, robbing apples. Sugar butties, dripping butties. Coats on the bed to keep warm – continental quilts with arms on."

"I was born in South Africa, Jo'burg. We flew to England when I was a kid. We were visiting my grandma. I remember seeing snow for the first time. Trying to walk on ice for the first time. I was surprised by how warm snow was when it lay in your hand." 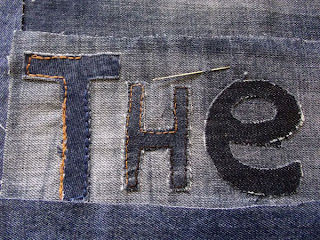 And then just at the end, the spectre walked in again and homelessness flooded the room:

"I used to sleep in churches, it was a cry for help. But I'm still here, still smiling. I just have to get some dentures."
(Participant D)
Posted by arthur+martha at 11:13