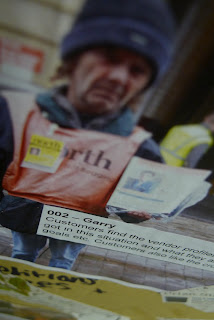 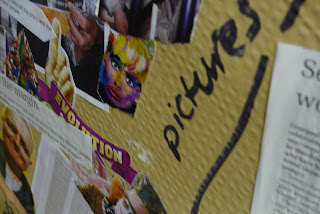 
The aim of the vendor art project is to bring positive public attention to vendors by illustrating that homeless people have opinions and views like you or I.


Vendors were asked what they liked about The Big Issue in the North magazine, we took their photograph and layered lots of magazine clippings around them reflecting their comments therefore demonstrating a personal connection between the person selling the magazine and the product.


Created in the sales area of the Manchester office, vendors were able to contribute two minutes in between buying magazines and some became so engrossed in the cutting and sticking that they stayed for longer.

Clive Parkinson at Arts for Health has collected some wonderful examples of arts practice with Dementia Sufferers, you can find it on his blog at http://artsforhealthmmu.blogspot.com/2010/05/north-west-arts-and-health-network_05.html here's an example of the links- the film I feel better when I paint  hhttp://www.alzheimersweekly.com/Art_and_Music/i-remember-better-when-i-paint-a654.html
Posted by arthur+martha at 07:05 No comments:

Dementia and the arts 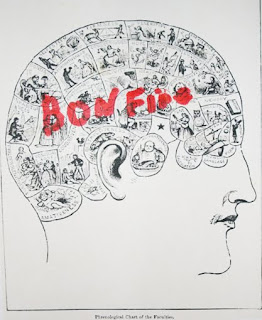 Here at arthur+martha we are always looking to the next project- as the book Patience is about to be launched we want to develop and expand on one of the themes- dementia.

As part of any project development we need to do the research- I thought if maybe useful to share some of the fascinating material I have found on good practice with arts and dementia… here’s a few links:

News Report about Arts led interventions, with the example project Ladder to the moon, an interactive drama in a care home, and some of work in the USA investigating alternatives to medication. March 2009 http://www.channel4.com

An article about art appreciation http://alzheimers.org.uk   …“Of particular importance in the case of people with dementia is the need for activities to be meaningful and relevant to their personalities and life experiences.”

I’d like to find out more about using a video camera as part of the tools of art therapy with younger onset dementia… http://dementia.stir.ac.uk

Challenges facing dementia sufferers and their carers http://www.dott07.com
Posted by arthur+martha at 13:17 No comments: