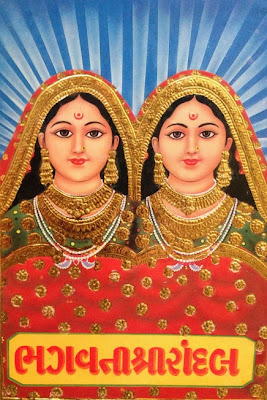 We're working in a Hindu temple in Oldham as part of our Making Memories project with Gallery Oldham, funded by the Barings Foundation. This poem by Hansa delicately explores the relationship between objects and memory.

What has been fascinating about this newest phase of our project is the shift between cultures that simply walking into the temple necessitates. There are of course lots of discussions about hopping between languages, from English to Gujarati, to Sanskrit and so on. But also we're constantly moving between times, from past to now and back.

The translation I'd like to offer in order to understand the following poem is nothing to do with East/West language shifts, but a now unused word from Northern England - the Donkeystone. This was a stone used to scrub clean people's front steps; it was acquired from the Rag and Bone Man in exchange for unwanted clothes, which he took away for recycling on his horse and cart. And now read on...

Airport: my father picked us up
coming into the UK, I was 15
it was a Sunday, dull and damp
my story is like many other people's:
while the sitting lion lazes, not moving
the deer will not get into his mouth.

Father had to work Monday
late that morning we heard
someone outside yelling
a horse and cart man shouting
clothes hanging from his cart.
(we thought he was going to wash them) calling...

Mum had led an easy life in India
people to do cleaning, chores
she said: 'Dhobi man is here
come on let's get the washing done.
Quick!' All the laundry in a big bag, new clothes
made to measure for our new life in England.

By the time we got it in the bag
he was gone. That night mum told
dad, 'No washing, Dhobi was gone.'
Dad was a magistrate, spoke the mother tongue
Gujurati, Hindi, Sanskrit
perfect English. He said:

'That was a bogeyman, not a dhobi man, a
Rag and Bone Man!
Good job he didn't take our clothes
all you would've got from him was
a donkeystone
to clean your steps.'

A lotus is one of the gods' symbols
a lotus flower
grows in the mud of the mind
but stays clean; in this world
we must live like a lotus, says
Sanskrit, morals, scripture.

language of priest, temple, holy book
the one I remember from when
I was 11 years old, still memorised:
to gain your goal you must work hard
while the sitting lion lazes, not moving
the deer will not get into his mouth.