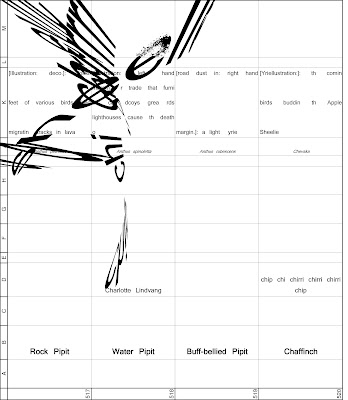 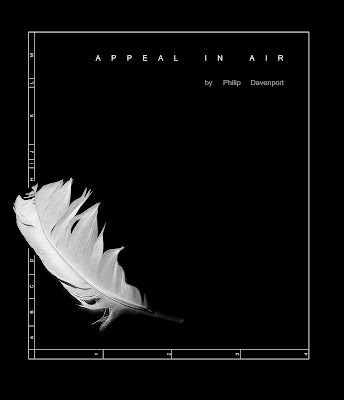 Phil's new poetry book has just been published. It brings together some strands of arthur+martha work, including the strange, zigzag aerial paths between mental health and creativity.

APPEAL IN AIR: anatomy of sadness

Philip Davenport’s new book-length poem APPEAL IN AIR is in the form of a spreadsheet that adds together a suicide, a list of bird-names and a valedictory roll-call of poets. By using an accounting tool for an anatomy of sadness, the poem questions the way that we place value in our own lives. Who gets overlooked, what is unheard, what’s too loud?

The poem begins with a pile-up of noise, urban overload, into which is inserted the story of “A”, a true story of a suicide, verbatim from an overheard conversation. “… a thought lost in noise sold as music…” The poem drowns in random information, out of which come soaring flights of birds – first in tiny letters, then in flurries of word/birds that fill the page. The final section leaves us in the big wilderness spaces of the air.

Davenport’s debut was published by seminal avant-garde press Writers Forum in 1999; his poems handwritten on apples were shown at the 2004 Liverpool Biennial. His work has been variously billposted and exhibited throughout Europe and in China. Davenport curated the largest survey exhibition of Bob Cobbing’s work for Bury Text Festival in 2005 and the first posthumous gallery exhibition of Ian Hamilton Finlay’s work in 2006. His current sequence of spreadsheet poems have been exhibited in the Henry Moore Institute and will be shown at Turnpike gallery this April. He co-directs experimental arts organisation arthur+martha.

The book can be ordered online at this website:
www.knivesforksandspoonspress.co.uk
Posted by Philip Davenport at 05:25