How to dispel demons

This was the first of our Sing Me to Sleep workshops in the Booth Centre. We've often talked about the power of fairytales, but last week that power was demonstrated most strongly. 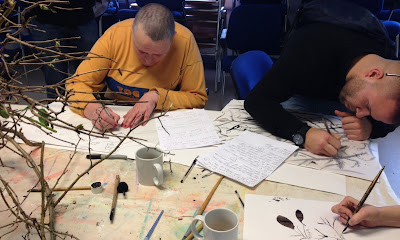 At first we joked about the story and there was some concern that we were asking people to be silly, childish. But these are old, old stories. They've been passed from storyteller to storyteller by word of mouth for uncounted years before they were ever written down or Disney-fied. The reason they've survived is that they're built to last. They have resistance to adversity encoded deep within, just like the group themselves. As people wrote and drew, the intensity of their involvement grew until it seemed as if they were spell-casting. 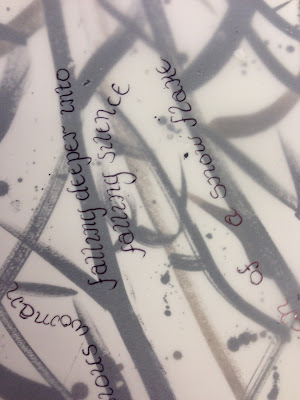 They entered the story they wove. They told of their own childhoods ("you wouldn't call my family nice") and also of their children. Very quietly, tears were shed as people made this work. And the demons of loneliness and hurt and despair showed up as they often do. But - as humans have done for thousands of years - we gathered together and told stories to keep the demons at bay. 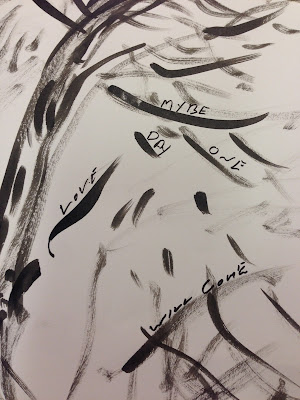 Posted by Philip Davenport at 09:55