It maybe a bit simplistic, but there seem to be two distinct types among the homeless people I have met - those who share intimate and often shocking personal details about their lives on first meeting, and others that take their time, observe, build trust.  Most people are naturally curious and sometimes going round the houses, going the long way can bring the closest connection. 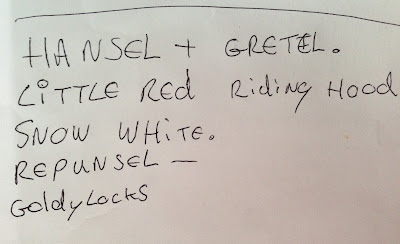 After a morning of jovial competition- who can name the most fairytales... A seemingly simple exercise, but actually allows conversations to flow into other areas and curiosity into the wider goals of the project Sing me to Sleep.

After many brief conversations with M, up to now he has been on the outside looking in,  a little break through occurred. He was curious about the quilt making, it turns out that when he was at school one of his teachers threw him out of his class so he was sent to home economics- where he learn't how to sew. As we sat and stitched together, we both relaxed into it, he told me how therapeutic he found it, that it was being creative that had helped him deal with his addictions to drink and drugs. 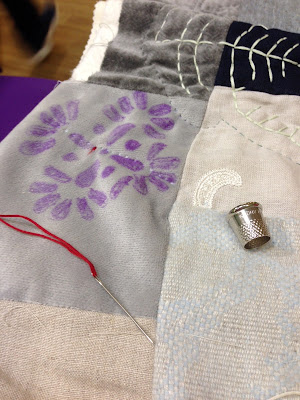 Like so many people we meet at the Homeless Resource centre's, he had difficult start to life. '