Daydreaming on the night-shift

To shut eyes
Past memories that have been awoke
To perceive
Encounters in
The most inaccessible regions
Music from my past
Of the seen and never-seen.

A downpour of icy rain and ankle deep puddles mark the first session of the year for The Homeless Library. I arrive at the Booth Centre soaked through, shivering and sneezing. I have been in the rain for approximately one hour. Many of the people around me drinking cups of steaming tea or hunched over baked beans on toast have been out all night for many, many nights.  They blink themselves into activity in the bright lights and noise of the canteen.


The workshop starts. This is the beginning of the new term as it were. The plan for today is to be playful and gentle. Lois has brought in a set of postcards for collaging, which people take great delight in subverting, tweaking and generally messing with. We start things in as light a way as we can at the beginning of a run of workshops. Humour is preferable to heaviness and optimism beats the cynical. Our helpers Juliet and Christine are amazing cheerleaders for the upbeat. 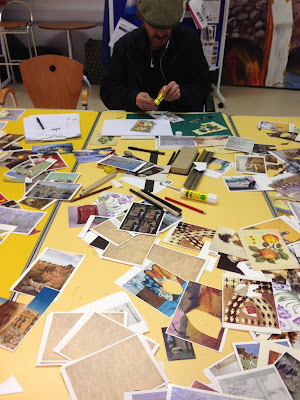 I ask people to write about their dreams. Just a line or two. These are then cut up put into lines, put in a hat and taken out one by one to be read as a surrealist poem. It's a nice party trick and a rich if well-worn technique to bring to creative writing. It also produces some genuinely lovely lines - and some juxtapositions so outrageous they make people gasp. We try another tack. I invite people to write a description of a recurring dream down one half of a piece of paper and a Salvador Dali quote down the other half. Dali's words intertwine with their own; it's a potent cocktail. 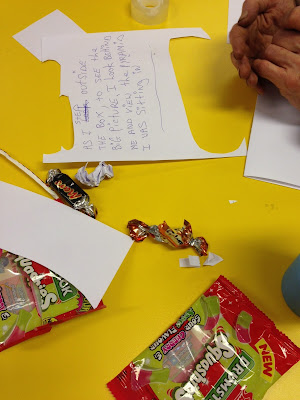 These little poetic pieces are rewritten onto the back of the collage postcards. A wish you were here card from the subconscious.

As with many of our sessions the morning passes in a rush and a push. The people involved are sometimes in a very volatile state. There's a lot of goodnatured banter but also some more destructive undercurrents. And some sad glimpses. One person I was talking to mentioned that their recurring dream was of being raped by their father over and over again, as they had been during their childhood.

Reading the poems later as I type them up for our records, I am struck by the melancholy that so many of them contain.


From the top of the mountain to the bottom of the sea thru the snow and thru the wind and thru the dust all-a all-a lone lone - a boat, no one on it...


In amongst the word play and phantasmagoria are little snapshots of people trying to make sense of their lives, looking for a path to acceptance. But how do you make sense of your life story when the scriptwriter is so harsh?


Daydreaming on the night shift
Forgetting all the moaning of the morning
That mushroomed into the afternoon
Still not believing in the evening. 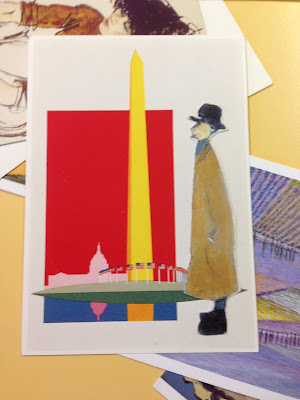 The Homeless Library project is supported by the Heritage Lottery Fund

Posted by Philip Davenport at 09:21