The Farming Life Centre run various groups, last week I had my first get-together with 'the Rural Social Group' gathering reminiscence and embroidery for the project Stitching the Wars. I a tried to get a flavour of the rich conversation in my notes, part of which I share now. 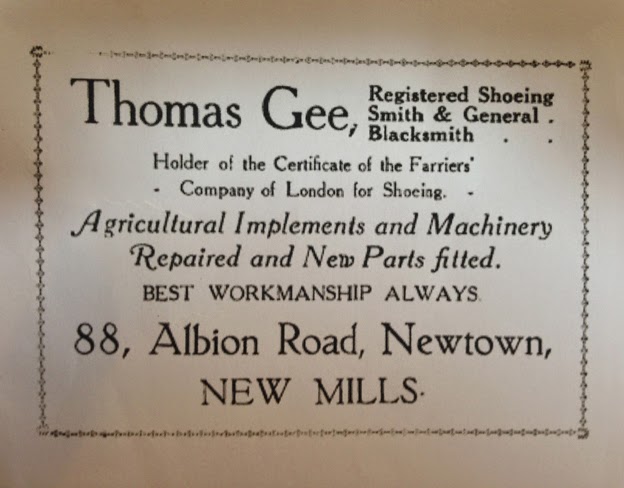 We come from farming families, my father was a blacksmith, had a farm, but lost it, a bit wayward. His brother was the boss, my father did all of the heavy work with the horses, he wore a truss, I never saw that- when you’re little- the youngest of the family, you never ask questions. As a young man he worked for his keep on the farm. Fought in the 1st World War, they weren’t subscripted, they just went. He was in the Catering Core, didn’t go abroad, those contemporaries who were picked at the same time, none of the came back.

My uncle was a Methodist Lay Preacher, my father would say ‘Our Tom showing folks the way to heaven and he’s ‘feirt’ of dying. A massive man my uncle. My father was a blacksmith in the 2nd World War, shoeing horses, repairing machinery, say something broke in the house- would fix that, repair milk cans, if cess pan broke mend that. My uncle Tom did the lighter work, the handles and rollers for the mangles…

(During the War) They could be turned off a farm if they didn’t grow so much corn. The Ministry would come round and check. They’d also provide tractors.. You would have to put your name down for tractors. There was one farm in Buxton where they delivered a tractor to the wrong farm, same name, wrong farm! They wouldn’t give it back!

My Father between 1922 and 1939 the only thing he replaced was one cart and a Planet Junior Push Hoe. Used a float to take to market, for a Sunday day out had a trap, 5 bob a year for the licence. No electric, gas or anything, pressure lamps, outside toilet, no telephone, if you wanted a shower you went out in the rain. The tin bath, if you were lucky you’d be the first one it, pretty cold and filthy if you were the last one. You slept on straw mattresses, if you were cold would chuck an army coat over, use the side shelf from the oven to warm the bed. You knew it was cold when the chamber pot froze over.