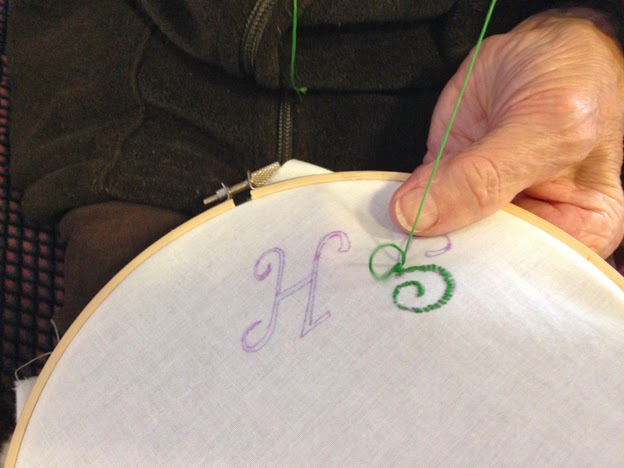 Making Memories is a project with older people in Oldham and Oldham Galleries, devising ways to work with objects in memory boxes, that will stimulate reminiscence and creative work. 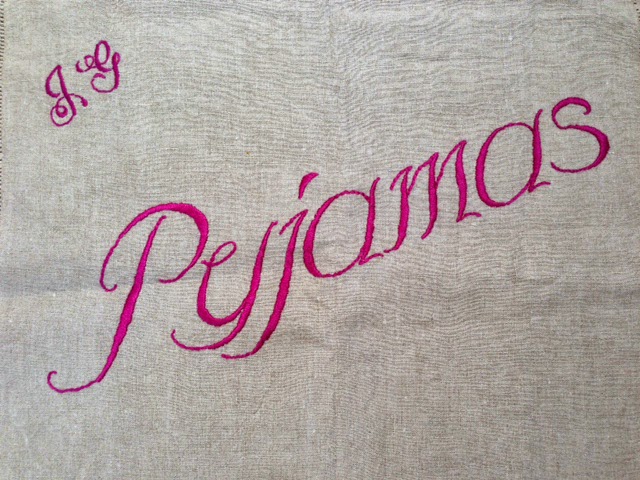 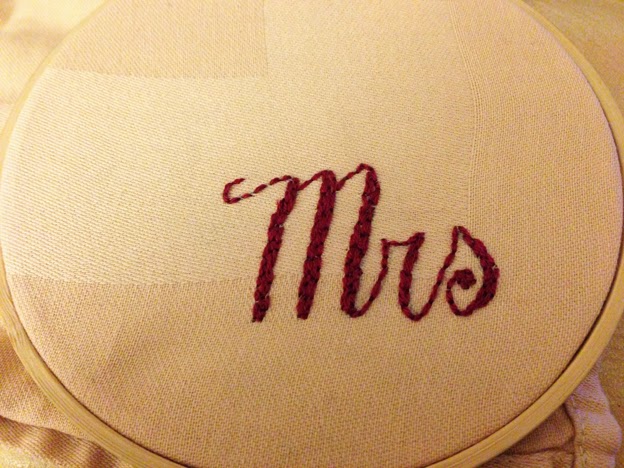 The rich subject matter discussed ranged from the pleasure of embroidery as a hobby, the frightening, often stern Home Economic teacher, instructing stitching at school, to monogramed or initialled hankies brought from the market.

I was aware before the session that the creative activity was going to suit some people, and not others. For some designing their monogram on paper was satisfying and enough of a challenge, using carbon paper and old fashioned fonts they created beautiful small works of art. Those who chose to stitch became lost in concentration, all taking their works away to finish at a later time.

I believe that its vital that we do introduce activities into care venues that challenge our pre-conceptions of what older people can do or what we perceive they want to do. It's true that not everyone will be able or want to join in, however rather than always reducing activity to the 'lowest common denominator'  we can adapt activities to peoples skills and abilities. Its a fine line, not to put people off for doing something too complicated for people who may have difficulties holding a needle, problem eyesight or memory loss, just as it is at the other end of the spectrum not doing something to child like,  verging on condescending.

This particular activity had 3 steps, individuals could stop at any stage.

1. Selecting a font from a selection printed from old transfer patterns and off the internet.

2. Creating a monogram/initials design using  paper or fabric (that could be a napkin), sandwiching carbon paper to transfer the letters.

3. The option of embroidering those letters to make a lasting memory of the session, or gift for a loved one.

What a beautiful thing for you to have done, I was so moved reading about your kind gesture and the embroideries look gorgeous x