arthur+martha have launched our first twitter poem - in collaboration with homeless people in Manchester and Bury. During the course of our map of you project we spoke with many homeless people. These interviews were edited by participants and various writers to produce a long collaborative poem, which appears in tweet form four times a day at

http://twitter.com  You can also read twitter updates on this blog, situated below the blog archive. tweetfromengels has been picked up on Clare Horton's radar in The Guardian
The 'verses' are snapshots in text of homeless lives, in all their moods - joy, terror, humour, resilience, anger. Famously, Engels wrote about the harshness of 19th Century Manchester; people today who live a comparable existence are the homeless. We imagined a dialogue between Engels and the homeless people of Manchester. Interspersed through the poem is found material from Engel's correspondence with Marx, and his classic The Condition of the English Working Class. 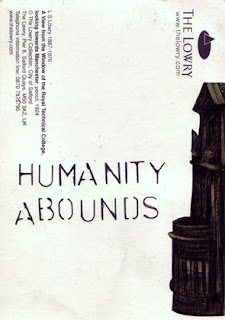 The idea of the poem was developed with Candian Steve Giasson - who suggested a kind of anti-epic, inspired by Louis Zukovsky. Geof Huth (from USA) met several Big Issue vendors, prompting several of the lines. The Mancunian poet copland smith helped us to give the poem formal design, based on the traditional Welsh poetic form the englyn - ours is a very free variation of this tight discipline. Longtime arthur+martha colleague Rebecca Guest helped Philip edit the final piece. Most importantly, the many homeless and vulnerably-housed people we met gave us their time - and trusted us to open up details of their lives, for which we are very grateful.
This project is in partnership with the Text Festival, The Big Issue in the North, The Red Door (Bury Housing Concern), Brighter Futures, The Booth Centre, The Lowry, LOVE Creative, the BBC. Poets and writers who've been involved include Steve Giasson, Geof Huth, copland smith, Anna MacGowan, Scott Thurston. Editors Philip Davenport and Rebecca Guest.
The resulting long poem will be tweeted over the coming weeks and streamed as occasional online video through an LED by LOVE Creative.
A Map of You was funded by Arts Council England.
Posted by arthur+martha at 02:07