The beautiful old buildings are sad 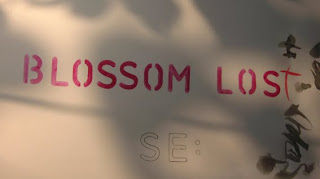 Maybe this is the last industrial revolution, here in China before the earth gets to closing time for human business. There can’t be room to squeeze in many more and this place has some of the craziness of an end of season sale. The centre of CQ has been completely rebuilt and the rebuilding is being rebuilt it seems before the concrete is fully dry. They tell me that a CQ map (ditu) is out of date within 3 months, the city features so rapidly become unrecognisable. It’s a facelift being performed by a surgeon who is simultaneously having a facelift.

Riding into the epicentre, I carry the ache of my Friday massage with me. It’s as if I still have the man’s fingers in my shoulder muscles, clawing into me. But along with the pain has come mobility. The people on the metro into the city centre are for once not staring at me because of my skin colour, but because I’m behaving so oddly. For the whole journey into town, I exult in my new neck turning abilities, looking around behind me with the closest to 360-degree rotation that I’ve had in maybe 15 years, grinning happily at the passengers behind who look away in confusion.

While I write this over a drink, a young man who is time-killing in the café with his friends asks who I am. We have a brief spoken conversation and then resort to the computer, which converts my question into hanzi: what is China’s future? He taps into the machine and hits translate:

“China’s future is certainly more open, more harmonious and now many of the world incomplete knowledge of China who has been promoting China threat theory there are a lot of people’s understanding will remain in the era of last century, 40, 50. China’s future is definitely a very open beautiful and peaceful country.”

It’s a diplomatic answer. I push him gently on it – ask isn’t it hard to lose all your familiar surroundings? He grimaces: “The beautiful old buildings are sad,” he tells me through the machine.

I talk him about my project and the homage to Hai Zi and he quotes a line from the famous Facing the Sea, with Spring Blossoms (《面朝大海，春暖花开》) – I write “I will hang my poem on washing lines, like clothes drying in the wind.”

On the metro back to Xie Jia Wan, the far bank of the Jialing River disappears into mist. The suspension bridge by Da Xi Gou station seems to deliver its evening traffic into an abyss lined with grey cotton wool. The closest twin is the London of old Sherlock Holmes films, all shadows and pea-soupers, with Basil Rathbone’s cheekbones the one sure guide. It’s tempting to conflate the two times and places, but that would be another layer of fog. The idea of an Industrial Revolution belongs to an era pre-Holmes. For the second time since the Cultural Revolution, China is ripping away the old skin – as if angry with itself. And the repayment for this loss comes in fast food outlets and designer brands in the town centre. Looking out at the river now, the only sharp visuals are neon signs.