Denial- the 8th stage of genocide 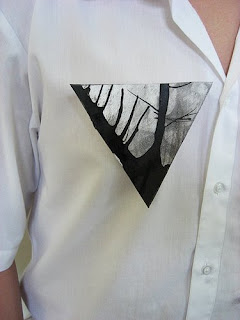 As part of the 'Eyebright' pilot project during our artist residency at Delamere Forest School, we looked at the 8 Stages of Genocide, for direction and inspiration.... Stage eight is Denial:

8. DENIAL is the eighth stage that always follows a genocide. It is among the surest indicators of further genocidal massacres. The perpetrators of genocide dig up the mass graves, burn the bodies, try to cover up the evidence and intimidate the witnesses. They deny that they committed any crimes, and often blame what happened on the victims. They block investigations of the crimes, and continue to govern until driven from power by force, when they flee into exile. There they remain with impunity, like Pol Pot or Idi Amin, unless they are captured and a tribunal is established to try them. The response to denial is punishment by an international tribunal or national courts. There the evidence can be heard, and the perpetrators punished. Tribunals like the Yugoslav or Rwanda Tribunals, or an international tribunal to try the Khmer Rouge in Cambodia, or an International Criminal Court may not deter the worst genocidal killers. But with the political will to arrest and prosecute them, some may be brought to justice.

Quotes from The 8 Stages of Genocide by Gregory Stanton, President of Genocide Watch
Posted by arthur+martha at 02:24