Without struggle there is no identity: Text Festival 2009 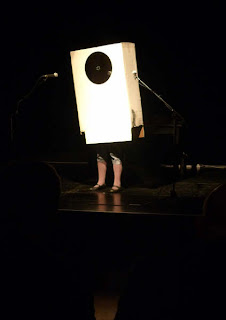 The recent international Text Festival based here in the UK brought together poets and artists from all over the globe. Since the 1970s, the more experimental, eccentric, individual British poets have been nudged into obscurity. The Textfest is the first platform in decades that the avant garde has had for prolonged, largescale public gatherings in the UK. As such, this was a celebration, launched by the remarkable Tony Trehy and headlined by Ron Silliman, one of the great living poets in the world.


The fact that it happened in a small town on the edge of Manchester made it seem only more real, because more vulnerable. It's been my privilege to be involved in both Text Festivals - first in 2005 as poet in residence and co-curator of a Bob Cobbing retrospective, and again in 2009 as exhibitor, reader and organiser of an outreach project in Holland - The Grin Variations (see online at www.darrenmarsh.co.uk/Grin.htm ) 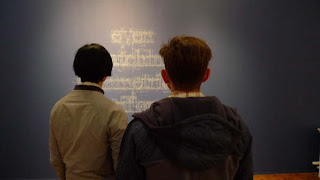 The 2009 festival was a whirl of interesting/interested folk, beguiling works and an exhibition curated by Trehy that trounced the boundaries between poetry and text art. Artists like Patrick Pannetta, Ben Gwilliam, Liz Collini re-make the possibilities of the word and therefore of poetry.


The performances also mix-matched film, storytelling, performance art, soundworks. Hester Reeve dressed up in a box and read out the names of the audience as a prelude to Ron Silliman. The wonderfully engaging American poet Geof Huth was a-dance with invention during his reading, backgrounded by a huge vinyl repro of one of his own visual poems. Canadian Tom Konvye presented a night of poetry film.


The readings were indelible. Tony Lopez was almost unbearably moving - in a crumpled white suit and an ordinary man voice, he catalogued horrors and mundanities - and yet at the same time seemed to be a force for gentleness and hope ('Without struggle there is no identity.') Carol Watts was as ever deft with her grace and her intelligence. Ron Silliman, despite the razzmatazz, shared generously of his insights - and gave one of the best poetry readings I've heard.


It was a remarkable gathering of intelligent people, but the most abundant qualities were cameraderie and emotional warmth. Strangely, in the midst, my own anger surfaced that so many - so much beauty - could be ignored and relegated to marginalia. The mainstream refuses to attend to the weird edges - but it is at the edges that we discover the new, the things we didn't know about ourselves. 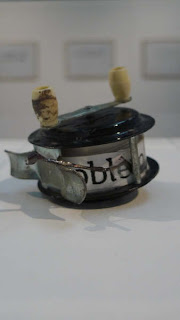 Writing this reminds me of the older people who Lois and I encounter as 'arthur+martha' (how many times I've been called Arthur). They too are at the margins and they too have much to tell of those wild edges.


In a discussion during the opening weekend, Tony Lopez stressed the importance of not just making our own work, but engaging with other people's. Attention is a gift. But - like a stormwarning - the phrase from his reading comes rolling back: without struggle there is no identity.


And also Ron Silliman's words, I guess hard-won: "It's the first rule. Your enemies name you. Be sure that you turn that name to good use." (My paraphrase, his experience.)

I can still hear his remembered voice now, drawling as I type.