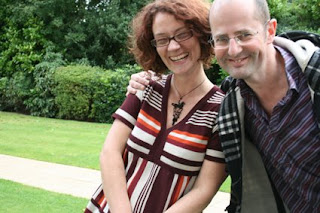 An afternoon that was much more on the hoof , much more productive. Started with a word association game, rollicked along and read well as a poem. A bustling group, with new people and a sense of playfulness and curiosity. Lois worked intensively with Myra, on a piece which segued past and present memories. Meanwhile, Philip devised a short piece with Leon, who was a deepsea bomb disposal diver during the war. Evelyn and Victoria described their war work as Land Girls, with interjections from Nancy. All of this was transcribed by Philip, verbatim (as much as he could make it) and fell together in a good pattern.

The startpoint here was the movement from past to present, which Myra addressed in her poem – what did you do then/what happens when you do the same thing now? However, the other poems went their own sweet way – which is what they should do. The fine line between being over-structured and lack of form was the line we danced along. Easily this time, as it happens.

Support was enthusiastically given by Pat Ely, with her irrepressible fund of stories and her big-heartednes
Posted by arthur+martha at 09:53