A soldier's life is the life for me. Part 2


This is the second part of our interview for The Homeless Library with Warren at The Wellspring, a British Army ex-soldier with experience of homelessness. We are currently posting blogs as an ongoing notebook of the source material that will feature in the handmade books of The Homeless Library. As with all these interviews, the opinions contained in it are those of the interviewee alone, and are transcribed here as told to us, having been read back to the interviewee and approved by them.

Here, Warren reflects on the clash between military and civilian mindsets - and his (military-minded) way of dealing with homelessness.

It's a loss of belonging. You belong to a greater organisation, you're not an individual - but you are.
There's still a lot of that in me I believe. If I come up against something I don't like I think military. Which is basically saying, use lateral thinking, every possible angle and work out the best solution at the time. I've got more options than a civilian - go back to blowing the bridge up. When your mum dies, you break down, internally but not externally. To the outside world you're still the same. I wouldn't have been able to think in order to get people to work for me on the street if I was still grieving about my mother. I wouldn't have been any use to myself or anyone else had I not checked and suppressed what was going on. That's where the military thinking comes in, you step over it, move on.
There's something about military families that civilians don't understand. You might not see the other family members for two or three years, might be in different parts of the world. It's a different kind of love, tough love. If you're on a battlefield and your friend gets shot you don't have time to sit down and cry about it you've got to get up and move. You don't grieve, you do remember.
You settle at a level of what you are willing to do and not willing to do. They're putting drones over to kill people now, you've got a guy playing on his Playstation essentially. They're talking about battlefield robots. How many more ways can we find to destroy ourselves?
The Homeless Union was my way of fighting back, it occupied my mind when I was homeless. It made me feel useful and I think that's the key to it, feeling useful. A lot of the people who worked with me said the same thing: at least you've made us feel useful again. I was selling an idea of hope. If you give someone hope, you're giving the greatest gift in the world. Just don't fail them.
The Homeless Union. Failure wasn't an option. I stayed on the street because if I didn't I wouldn't have been one of them. The street, it's an intense relationship with people. The brotherhood, or sisterhood. It was a subculture, a brotherhood. It was international, we had Russians in our ranks, Jewish people, Spanish, all sorts of people. A common problem for us all. 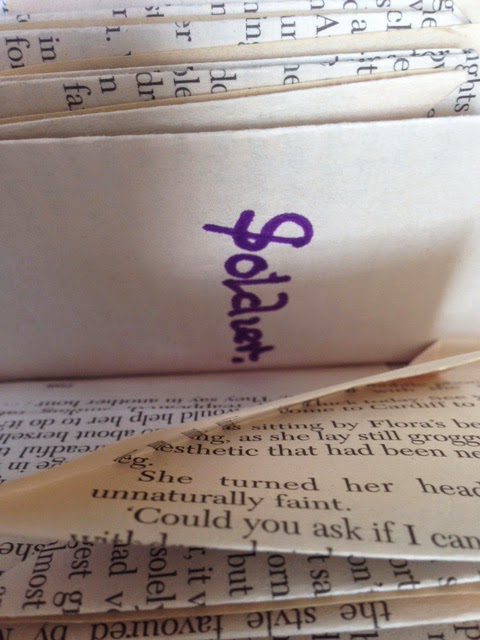 The Homeless Library is a project devised by arthur+martha to document the heritage of homelessness using interviews, artworks, poetry. It is supported by the Heritage Lottery Fund.
Posted by Philip Davenport at 07:56