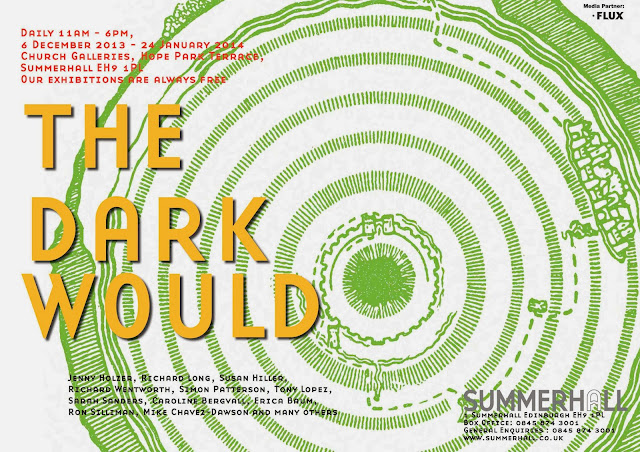 Summerhall and its Curator Paul Robertson are proud to host the world premiere of this ground-breaking exhibition, which has been curated by poet Philip Davenport.

Davenport says: "This is an extraordinary gathering that asks what it is to have a body and to lose it. Perhaps this is best done by people for whom language is itself a state of in-between-ness… artists who use language and poets who are artists. Here, the material of language is used as a metaphor for human material, our own bodies, our little lives. Whether poets or homeless people, outsiders or art stars - we all have to find our way through the dark.” 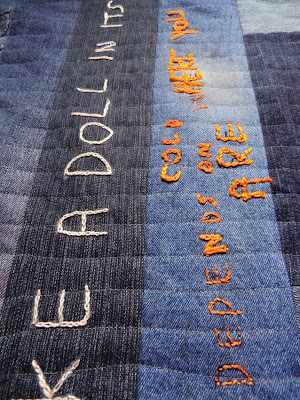 a quilt for when you are homeless (2012) denim quilt embroidered by homeless people, an arthur+martha project

A centre-piece of the exhibition is an arthur+martha piece: the quilt embroidered by homeless people in Manchester with fragments of their life stories, 2012. The Laurence Lane piece Uptight (2012) uses the iconography of rock and roll to describe a schizophrenic episode. New work has been made especially for the show by Richard Wentworth and commissioned pieces include Rorschach drawings by Mike Chavez-Dawson, made from the names of dead poets and live writing by Sarah Sanders. 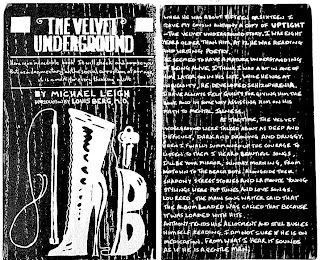 The Dark Would will also have 'answering' works by dead artists and poets including Stephane Mallarme, Ian Hamilton Finlay and Joseph Beuys, taken from Paul Robertson's Heart Fine Art collection which is based at Summerhall. For more information on Heart Fine Art: www.heartfineart.com 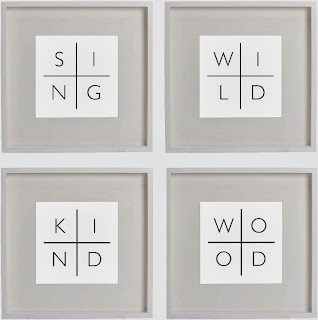 The Dark Would exhibition is an out-growth of the large same-title anthology of language art, edited by Davenport and published by Apple Pie Editions 2013.

Posted by Philip Davenport at 14:44