This project has been a very moving demonstration for us of just how much pleasure and nurturing can be given by the objects in a museum – and how these objects can also stimulate creativity and deep self-reflection.

As arthur+martha, we often work with people who are dealing with severe physical/mental challenges. The group at Warrington Museum were encountering something more subtle – how to care for someone else. The role of carers is often overlooked in our society, particularly the emotional cost of looking after someone for a long period, which can have a devastating effect on relationships, ambitions, well-being and health generally. Our group brought many of these issues into the room with them, but as many carers do, they tended to hide them under a competent, coping persona.

We decided that our role was twofold. First of all, we wanted to make our workshops a place of refuge and enjoyment, so that the participants had some respite from their lives. Secondly, we hoped to allow them – if they chose - to delicately address some of the issues they faced in their day-to-day lives using the mediums of art and poetry, with museum objects as a conversation starter. We therefore started the workshops by treating the objects as a stimulus for whatever came to mind and writing/drawing these reactions. Later on, we homed in on more emotional connections to the objects – and gradually people sketched in the details of their lives and those they cared for.

Some of the pieces were immediately striking. One participant wrote angrily about her grief after having looked after her dying husband. Another person wrote about his father, an old soldier, coughing up pieces of shrapnel leftover from a war wound – a shocking recollection. But most of the writing and artwork was gentler – a little portrait of a daughter sitting blithely looking out of a window, a recollection of a psychotic episode told in quietly humorous understatement.

The 'play' with museum objects and making visual responses to them was especially delightful. Making silhouette photographs, sketching outlines, labelling, collaging, all of these approaches allowed people to get closer to the objects and eventually, through imagining past lives for these objects, getting closer to their own lives too. Eventually these gas masks, kitchen implements, old toys, stuffed animals, bits of crockery, became metaphors for people to movingly describe their own experiences.

All of this was able to happen because of the commitment and support of Warrington Museum and Art Gallery, particularly Bill who was a constant source of support and insight. By allowing us free creative rein, while at the same time supporting and discussing progress with us, the Museum allowed a very rich and far-reaching project to occur. The group bonded happily together and are now keen to continue as a group meeting regularly at the Museum, building on their beginnings with arthur+martha. 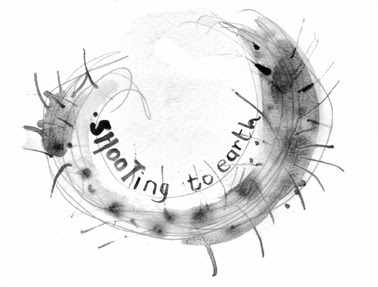