The Big Draw event at St Helens Central Library went really well. In a drop in session in the main library space, I worked with 29 children, parents, grandparents and carers aged from 2 to 85. 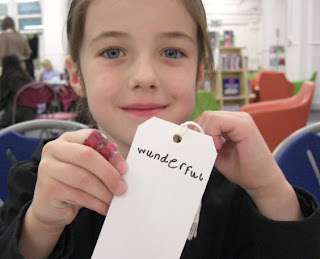 Part of the success was down to having a strong but simple idea to work on- something that participants could get hold of and understand easily. Using the theme of dreams of flying, participants drew a feather (bird, angel, dinosaur...)  on one side of a swing tag, and on the reverse wrote a line describing a flying dream. If no dreams could be recalled, then a word that described what it would feel like to fly. The labels then were attached to wings I had made prior to the workshop. 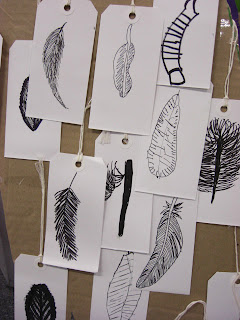 I love to see how given the same tools to draw with, the same material to draw on, everyones drawings are so different, reflecting their personality, their mood, their idea of a feather... 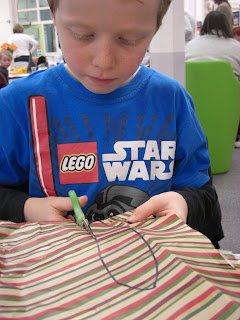 The alternative activity was creating paper-cut feathers from tissue paper, old magazines, wrapping paper etc. A simple task, but one participants seemed to thoroughly enjoy. Many were taken home, the remaining were attached to another pair of wings. 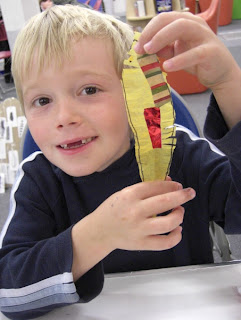