Warmth is an emotion. Day 2

The breakfast club at the Big Issue office on Swan Street has jumped focus. From being an alien far-off atmosphere, it’s becoming familiar to the eye. But I’ve the feeling that much more is to be revealed. We’re getting a hazy sense of the rhythm of the place and the breaks in the rhythm too.

There’ll be a flurry of people for maybe 20 minutes and then there’s time to in-breath for 5 and then it all starts again. We ourselves are obviously one of the breaks in that rhythm, taking up one of the central tables in the room and asking questions about (of all things) comfort. 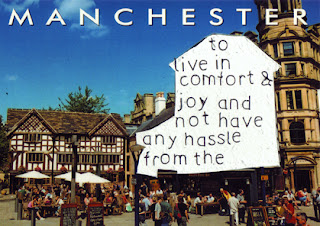 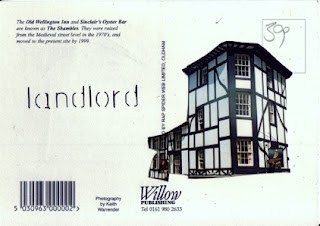 There are many story fragments with all the arriving/departing faces, but only a few resolve into something clearer. This will be the nature of our morning sessions – people pass the time of day with us, making little contributions to the project. Then every once a while somebody launches in fully.

I asked J about comfort and he replied: ‘You wouldn’t want to know about my comfort.’ The way he said it begged a question, so I asked and we talked about the beautiful comfort of heroin. It was a passionate declamation for the drug, a love letter, but with a subtext of guilt. The gear: pleasure beyond words, (as all pleasure is) beyond money, beyond sex, the great problem solver that melts all worries, an 18-year affair still fresh, still aching. 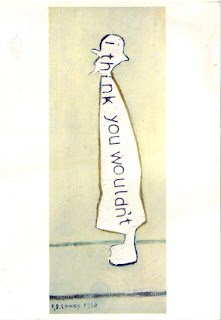 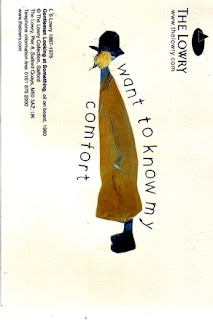 Then more intermittent talking and S arrived with us, made a cup of tea, stretched out for a long talk. ‘Comfort? A brew and fags.’ But secure comfort eluded her, she said. She was living in a nightmare of brokenness – the holes in the ceiling, the urban wreckage around her, the shit. ‘I have visions of walls falling.’ S reckoned she’d been happier in hostels, B+Bs and on the street than in her flat. All she was left with there was the irony of getting a place and then feeling worse in it than before. S stayed with us an hour, before she went out to sell magazines. 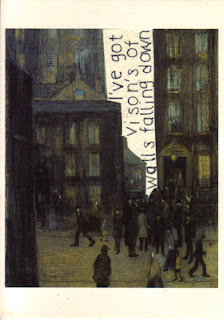 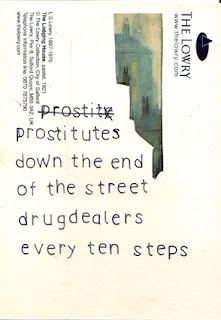 I looked around the room: a ground floor office perhaps 20 feet wide and 30 long, bisected with a counter, on one side ‘staff’ and their desks and computers, on the other side ‘vendors’ with metal tables, computers to surf, a tea-urn and a flow of conversations, assignations, deals. Lino floored, utility decorated and scuffed through constant use. A neutral room, by no means a luxurious place – and yet a haven. Heavily used, worn a little smooth by all it witnessed.

In the afternoon at The Booth Centre we had a small group, due to the fine weather. People would be out in the sun we were told, drinking maybe. But, as often with smaller groups, we were able to concentrate our effort. We honed the idea of comfort and C pinned it: comfort is warmth and warmth, though not an emotion per se, stands for emotion. Warmth in the pit of the stomach. The warmth of a home fire, or getting high, or low. The false glow, or the real thing, it’s what we all crave. ‘Warmth is an emotion.’ 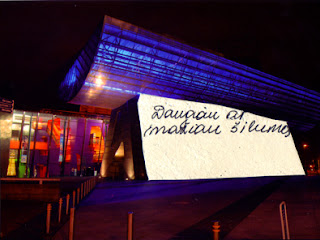 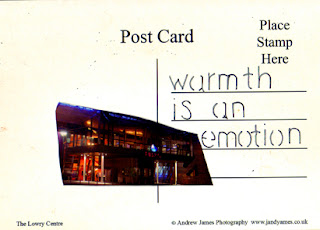 For more photos please visit http://www.flickr.com/
This project is supported by ACE, The Big Issue, The Booth Centre, Bury Council and The Lowery.
Posted by Philip Davenport at 03:32

Email ThisBlogThis!Share to TwitterShare to FacebookShare to Pinterest
Labels: a map of you, artist in residence, homeless, The Big Issue