A map of you

The morning at the Red Door housing concern centre in Bury. It’s a far cry from squeaky clean offices. On the surface it’s a shambolic place with mismatch furniture, woodchip walls, notices dotted all over, a roughly approximate paintjob. But the centre is sympathetic, caring, fine-tuned to the folk within. We’re in a bashed-about living room-come-reception that manages somehow to feel like home. And that’s the point. 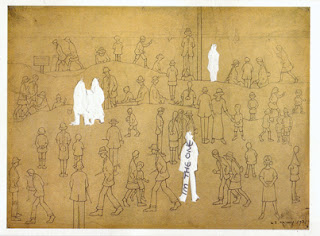 We’re joined by L and S, who talk us through their lives: long stretches of problems with mental health and the turmoil that comes with it. Later M arrives, he’s shy and quietly spoken, but has a sharp awareness of all the pitfalls around homelessness – and the many ways to fall into them. These three have all been hospitalised for longish periods due to mental health problems. Two of them are in their forties, one a little younger – all old beyond these years.

S described, ‘Police helicopters chasing me at three in the morning, cos I thought I was Jesus.’ M explained how difficult it can be to access help when tipping over the crisis point with mental health. ‘Crime is sometimes the only answer. To get food, or get a little bit well.’ He often deliberately allowed himself to get caught so that he’d be sectioned immediately. S talks about being kicked, cursed and CS gassed by police who were irritated with her misbehaviour when delusional. 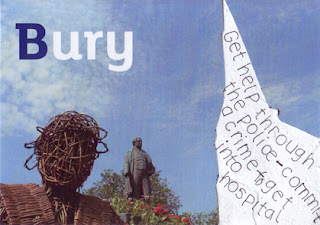 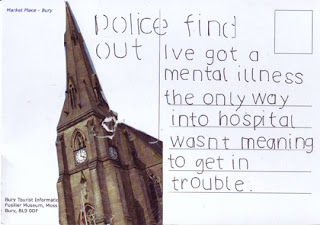 I mentioned William Blake’s famous visions and L shook his head sadly and said one word: ‘Anti-psychotics.’ He knew the diagnosis, the terminology, the prescription, probably even the exact dose that would’ve straightened William out if he was a ‘service user’.

Late in the session, B appeared – he’d joined in the last one but had got up late so he drifted into the conversation, listening to the discussion. He’d wanted to do some more poems. At the end of the morning, L said: ‘It’s good to have something like this, the art. We get a chance to give our views, our take on things. People who are classed as normal don’t get to see our world. This opens their eyes.’ 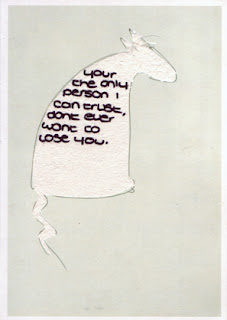 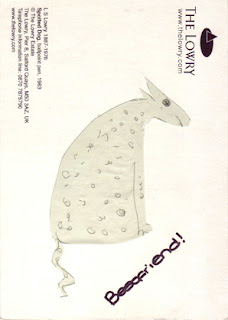 The afternoon with young people in a hostel was alternately sweet and sad. The two young women (J J and J – ‘We paired up the first day we met.’) who spent most of the session with us were astonishingly fresh-faced in comparison to the many other homeless people we’ve met. They hadn’t been etched by the life. But the danger signs were all around them and later Paul our ‘host’ from REIGNITE expressed his concern about their vulnerability. They’d buddied up as people often do in this circumstance and were looking out for each other – perhaps they’d be OK. It felt like a very flimsy perhaps. They joked with us amid the distractions of pop and txt messages. 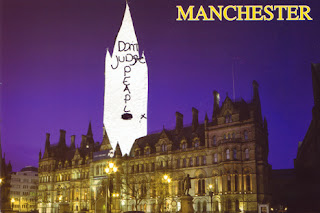 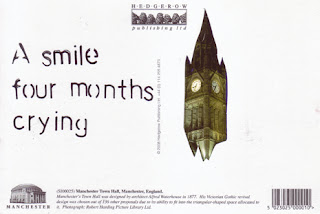 Then N and M joined us, two boys who on first glance looked like a cliché of trouble, but who gradually settled with us, joking with Lois about their ‘thug’ exterior – they were just softies they told us, ‘Little chillers.’

JJ opened up between the banter: ‘People look at us: young people not working and in a hostel and they think bad things. They don’t see what’s happened. I don’t really tell anyone I’m living here cos it’s embarrassing. I just go day by day. I didn’t go to school, moved about a lot missed everything. Mum I don’t talk to. Dad I don’t talk to. Being here is teaching me how to live on my own. I wouldn’t know how otherwise. They put me out first thing in the morning and I walk around town, find summat to do. Sit in the arcade. Too many people judge. You gotta walk in someone else’s shoes to understand what they been through.’ 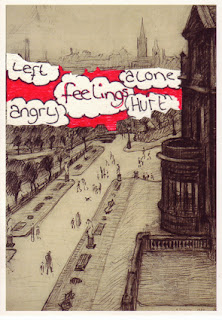 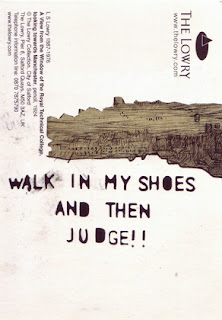 L’s words from the morning came back to mind: ‘Don’t give up, don’t give up. Prove them wrong, the people who judge. Don’t follow their footsteps.’
Posted by Philip Davenport at 09:36