'Your survival instinct is there all the time, ineveryone. It's just more prominent in the homeless.'

We've had a muted and gentle introduction to the life of homeless people. Everyone has been kind, courteous and explained what must have been painfully obvious to them. In a way this is our job, to ask naive questions, and to be sounding boards for whatever bounces back. 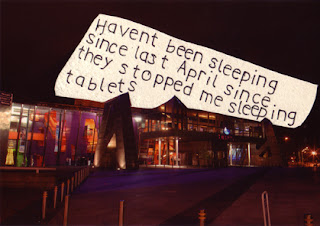 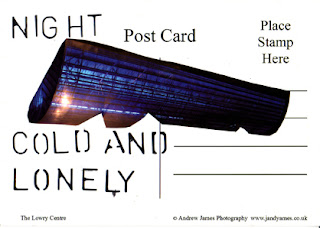 The sessions today felt like the lid had been torn off, particularly by three people. In the morning at The Big Issue office L chatted to us about positive self-images - and the sometimes desparate need to maintain them. As her story unspooled she very undramatically told us about her life as a prostitute and the journey she'd taken back from that. It was told in such a matter-of-fact way, with humour and warmth, that it hit us the harder.

Then in the afternoon at The Booth Centre S - who was a little the worse for wear, as people love to say - launched into a full diatribe, a furious rant about his world and the harshness and the misunderstanding from others that locks him into it. It was to put it mildly an uncomfortable situation; I felt like a hapless do-gooder, applying sticking plasters to a disaster. But anger is a great column of energy, bringing action as well as discomfiture. This session became the most articulate outpouring of the 'felt' sense of homelessness, rather than the 'explained'.

With this flow of thought and feeling came distress for some; managing the anxiety and yet allowing the release of anger was an immensely difficult judgement. The safe space that the Booth Centre works so hard to maintain was riven for a moment - and the cold came rushing. 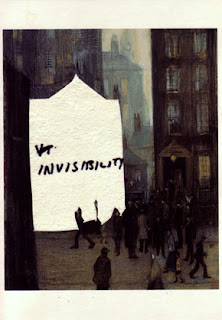 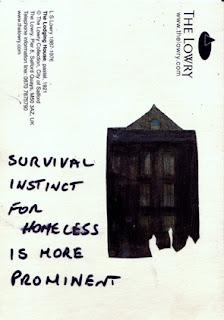 Finally, C told us about the operation of the survival instinct. About his own anger and fear. About the chaos that he wakes up to everyday, the not knowing whether he will meet kindness or a fist.

"I wake up and think 'Oh no, another day.' Will I walk into someone who's vindictive, or generous? Everyday is different. But it's the night that's dangerous. We dread that. What gives anyone the right to punch me, spit on me, pee on me because I'm homeless?" 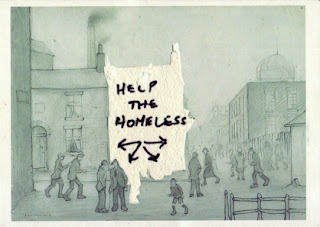 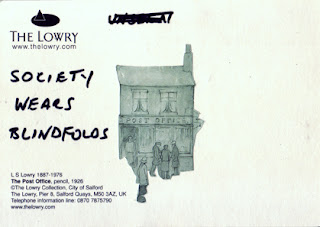 Posted by Philip Davenport at 03:12

Email ThisBlogThis!Share to TwitterShare to FacebookShare to Pinterest
Labels: a map of you, arthur+martha, cut up poems, experimental poetry, homeless, Manchester community arts projects, The Big Issue, The Booth Centre