THE HOMELESS LIBRARY has come from many stories, and none of them were easy to tell. The courage needed to share is present in every single one. Everybody held within these little books worked hard to contribute. Thank you for this, and for trusting us with your words. 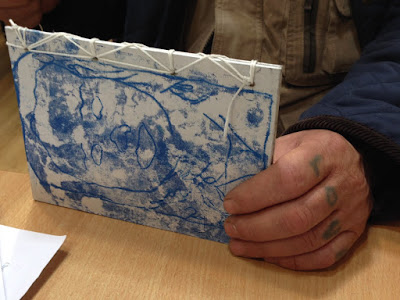 This is the first time that homeless people have claimed a place in that slippery thing called history. But this is more than a history book. It is a whole library, made of language and image and emotion. The poems, the artworks and the handmade books are things of beauty and of power. Because they're handmade, to pick one up and to read it is more like meeting a person, than touching an object. It has fingerprints on it, human traces left in ink and paint and pencil and words.

This has also been the most difficult project we've done. It's been hard to hear some of the stories. Both of us have gone away feeling very, very sad and sometimes very angry, hearing what's happened to people we've met. People who have been beaten, raped, urinated on, burnt, robbed, arrested, sectioned, betrayed by families and friends.

But as we've gone through this both Lois and I have also started to treasure these meetings and workshops. I hope telling these stories brings understanding and maybe some relief. Making the poems together is something I will remember all my life. I have never been more proud. We have come away thinking of people's amazing humour, kindness, generosity, ingenuity and determination. These are stories of human spirit and it has been uplifting to be part of them.

Posted by arthur+martha at 01:26 No comments: 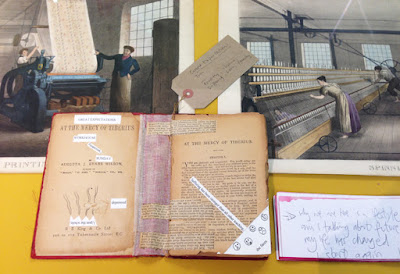 Posted by arthur+martha at 03:50 No comments: