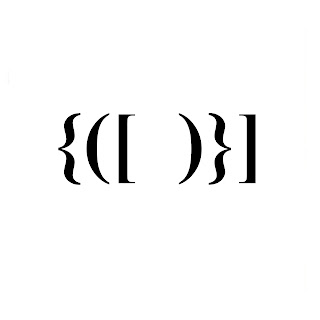 'THE SECRET' by Márton Koppány. Courtesy of the artist.


THE DARK WOULD language art anthology will feature on BBC Radio 3 literary discussion programme The Verb this evening Friday 19 April, 10pm.  The programme can be accessed as an online broadcast, or later as a podcast at http://www.bbc.co.uk/programmes/b006tnsf

Also featured on this edition of The Verb are Serafina Steer, Sheila Heti and Steven Hall.

THE DARK WOULD published by Apple Pie Editions can be purchased  from distributor Knives Forks & Spoons at http://www.knivesforksandspoonspress.co.uk/

It's a strange, tumbling and delight-ish thing, a conversation with Ian McMillan. Ian is the presenter for BBC Radio 3 literary discussion programme The Verb. I first met him at a creative writing session in The Big Issue office, which was gleeful, haphazard and yet sharp-focussed; the second time was yesterday at the big Beeb studio in Mediacity, Salford for a discussion about THE DARK WOULD, the anthology of 'language art' I've been compiling over the last two years.

THE DARK WOULD brings together some of the many outpourings of contemporary text art and poetry practice that cross and eddy through the world right now. From 'outsidered' art (which of is one of the mainsprings of the work of arthur+martha) to Conceptual Poetries and Arts, Text Art, Vispo, Concrete Poetry et al, etc, it's a big rush of invitees. Trying to represent them all  adequately in galloping McMillan-style on a radio magazine programme would've been impossible - and risked severe oxygen deficiency. Instead, we talked through two pieces in greater detail, hoping that they might be ambassadors for the whole collection, which spans 300 pages in the paper volume and over 1000 pages in the virtual Volume 2.

The first to be considered was the cover of Volume 1, a piece titled 'THE SECRET' by Márton Koppány. This visual poem refers, very elusively, to Márton's childhood home in Budapest, and the presence of the holocaust (sometimes spoken, sometimes un-) within it. Márton's parents were both concentration camp survivors; others of his relatives didn't survive. This piece is extraordinarily elegant and spare, a poem comprised of brackets only. It says a great deal, it seems to me, about the limitations of language and of passing on experience, without employing words. 'THE SECRET' was exhibited in a railway goods wagon as part of the exhbition 'a map of you' which I curated at Bury Text Festival 2011. The piece employs the font style of old railway signage and that together with its historical context meant that it seemed best framed by the doorway of a rail truck - recalling people bullied and bundled into goods wagons and cattle trucks, sent to their deaths. Looking at the cover of the book, I'm reminded of the holocaust survivors Lois and I met and worked with in Manchester. On the front cover of this book, 'THE SECRET' suggests other things too - it is perhaps a path, an opening into a wood.

The second work we discussed was Richard Long's 'ONE HOUR, A SIXTY MINUTE CIRCLE WALK ON DARTMOOR 1984'. This is a circular text piece, sixty words, written while Long made the walk across Dartmoor: 'JUMP SHADOW GRASS ICE SCUFF SOFT BLUE BREATHE...' It is a clock made out of words. Like much of Long's work it combines beautiful starkness with an after-echoing complexity. The writer Steven Hall was also interviewed on the show and, when he saw the book, was delighted to discover Long's work. I invited him to read the piece on air. It's a wonderful reading, although of course it is NOT the piece Richard Long made; in some way it's a breaking of it. By recasting it as a reading, we lose the component that makes this work vital - the use of space - which connects it to the circles of the globe and time. But occasionally we have to break apart a mechanism in order to understand it; having heard it, I re-appreciated what a thing it is, back on the page. Richard called me to discuss his work in the anthology and suggested a companion piece for this one in Volume 2 (our virtual volume). This was also a circular work, made in 2011 in South Africa. Moving between the two is a movement from paper to virtual pages and through Richard's ageing process - 1984-2011. It speaks to the broader theme of the anthology which is mortality - having a body, then not having a body.

These notes are written before The Verb is broadcast this evening; I wanted to acknowledge the two 'ambassador' pieces, but also the limitations of such discussion for a large book. THE DARK WOULD contains a wealth of remarkable works, essays, interviews - people, in fact.

People who are often overlooked in such summings up are the outsiders. Which is where I came into this piece, meeting Ian at a poetry workshop for homeless people. I'm proud to say that the arthur+martha project 'the warm/&/the cold', a large communal textwork made by homeless people as a quilt, is featured in THE DARK WOULD; as is a piece from our Spaghetti Maze project with people who have a dementia diagnosis.

I'll end by giving a list of contributors' names. And even this feels incomplete...


'THE SECRET' by Márton Koppány, in situ at
Text Festival 2011. Photograph by Julia Grime.

Posted by Philip Davenport at 04:17 No comments:

THE DARK WOULD language art anthology - launch at Whitechapel Gallery 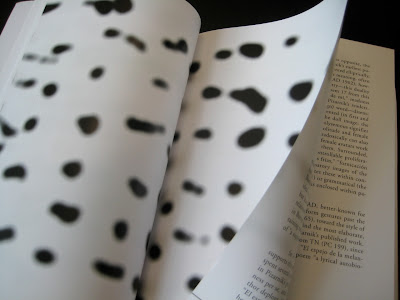 Bokeh, by Nayda Collazo-Llorens. Courtesy the artist and LMAK projects


Philip has been gathering and editing material for a large, international anthology of text art and poetry - THE DARK WOULD. Alongside the famous names are outsider artists, lesser known practioners and a small sampling of arthur+martha participants - all celebrating a tradition that hails back to the original grandpa of outsiders, William Blake. 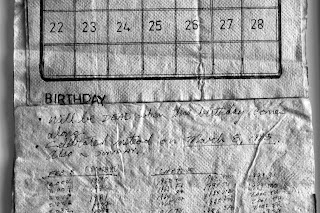 A pioneering anthology of text artists and poets will launch at Whitechapel Gallery April 11, 7.30-9pm, with talks/readings by artist Simon Patterson and poets Caroline Bergvall and Tony Lopez, plus a performance by artist Sarah Sanders.

The anthology is split between two volumes – paper and virtual. Many of the works are in two parts, speaking to one another across the paper/virtual divide, as a metaphor of dis/embodiment, considering time, mortality, grief and human traces in the natural world. 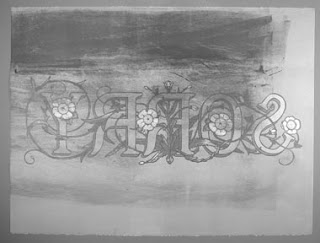 
As Editor Philip Davenport writes: “THE DARK WOULD asks what it is to live in a body now, knowing that one day we won’t be here. Perhaps this is best done by people for whom language is itself a state of between-ness. Here is a gathering of artists who use language and poets who are in some wider sense artists.”

THE DARK WOULD anthology is available for purchase, £29.99 (plus P&P) order online from distributor Knives Forks & Spoons. 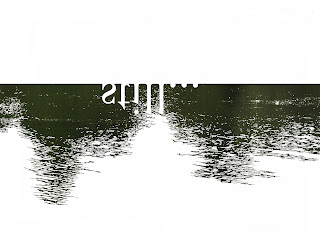 
Posted by Philip Davenport at 07:55 No comments: