Our first session in St Helens and our first using cakes as a page for writing poems upon. This very delightful session in the Chester Lane library in Four Acres made cake-making a bridge between the past and present. We asked older participants to think into childhood taste-memories, smells, all the associations that come with home cooking. 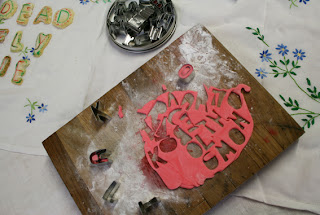 This was literally a taster session for our new project in Four Acre's, St Helens working with older people to explore memory and find ways to encapsulate it and pass it on. 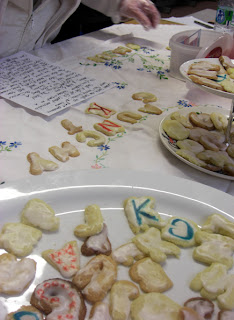 The conversation was scribed and read back, then the speakers picked lines that caught a moment for them and rewrote it using biscuit letters. The difficulty of 'writing' in this way meant that the lines had to be shortened, sharpened, making them richer. Placement and decoration was also important. The letters sat amongst the embroidered decoration on the tablecloth like an elaborate page of manuscript. 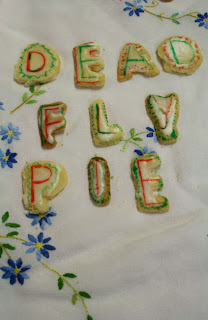 There was great pleasure in delving these memories and a lot of laughter amongst the group. Tales of treacle toffee cinders, blackberry pies, puff pastries and sugared almonds. There was pride in the craft of making cakes, the passing on of traditions, and also tremendous affection for the fields and woods and gardens of 60, 70 years ago that delivered fresh fruit and vegetables wondrous in the memory.


Taste is a powerful bringer of memories. With the pleasure came some sour memories to offset that sugar. Lack was never far from the edge of the feast. B remembered his mum selling their ration coupons, so that his childhood had very few sweets in it. T told our shadow artist Joan of local families during the First World War cooking an extra cake every Sunday to give to soldiers at the nearby training camp, before they went to the trenches in France. Most of all there was a sense of having to be careful, of making do with a little, putting food in pickling jars and preserving it as jams. The seasons would soon change and the food go with them. 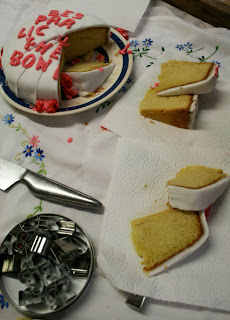 Humour of course popped in and out of the session. George gave a recipe for pheasant (mostly the catching of them): 'Feed some pheasants sultanas for a week, get them used to it. Soak sultanas in brandy. Now throw these down for the pheasants. They'll be blind drunk. Pick up whichever pheasant you please. It's what poachers used to do.'

We also had additional offerings from two grandchildren who worked with our other shadow artist Joanne to make concrete (or shaped) poems celebrating the taste of sweets. 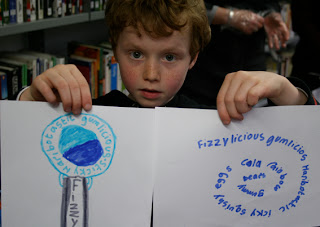 We'd particularly like to thank Joan and Joanne our 'shadows', Dot and all the staff at the library and Owen for the help and enthusiasm that we received.

More photos of the project http://www.flickr.com
Posted by Philip Davenport at 08:03