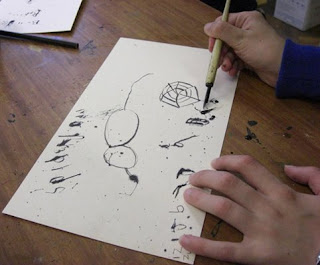 As part of the 'Eyebright' pilot project we looked at the 8 Stages of Genocide, for direction and inspiration.... Stage one is Classification:


1. CLASSIFICATION: ''All cultures have categories to distinguish people into “us and them” by ethnicity, race, religion, or nationality: German and Jew, Hutu and Tutsi. Bipolar societies that lack mixed categories, such as Rwanda and Burundi, are the most likely to have genocide. The main preventive measure at this early stage is to develop universalistic institutions that transcend ethnic or racial divisions, that actively promote tolerance and understanding, and that promote classifications that transcend the divisions. The Catholic church could have played this role in Rwanda, had it not been riven by the same ethnic cleavages as Rwandan society. Promotion of a common language in countries like Tanzania has also promoted transcendent national identity. This search for common ground is vital to early prevention of genocide.'' Quote from The 8 Stages of Genocide by Gregory Stanton, President of Genocide Watch
Posted by arthur+martha at 03:52