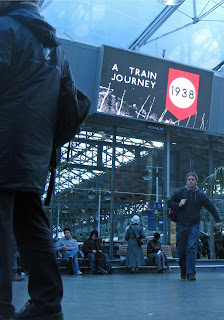 How do you talk to an SS soldier who is trying to stave your head in with a shovel? You don't, you run. And how to communicate that experience of tumbling out of the cattle truck 70 years later? The terror is absolute, the lack of restraint is absolute. There are no comparisons. If you were there, you understand, if you weren't you don't. And yet we try.

Seeing the textworks from the Kindness project up on the giant electronic screen in Piccadilly Railway Station was both a proud moment and a chilly one. Lois had used graphics that were based on Nazi iconography - so the pieces made for an eerie reading experience, of some disastrous other now in which the Reich had won the war and Piccadilly Station promoted nazi slogans. A second look told different - what at first glance was the notorious red and black swastika flag had been altered so that the white circle contained the word Jewish rather than the crooked cross. The slogans were in fact little fragments of the recollected train journeys made by holocaust survivors. The barbed wire tangling through the designs was a close-up of handwriting from a survivor - an ambiguous part-word - believe perhaps, or deceive? 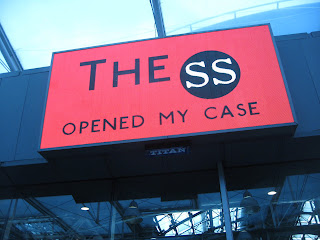 Some of the project participants came to see the works on this winterish Tuesday morning in Manchester. For one woman in particular it was an important act of commemoration, because she had fled Germany on a train and her parents had not managed to get out - they took another train journey, to Auschwitz. I have talked to her about these experiences several times. There is no big lesson to learn, nothing to allieviate the bitterness. She will simply relive the shock everyday of her remaining life. But she is adamant about one thing - the remembrance must be continued by the world. Even if it was only for her part in this project, and the fact that it served a little of her need, I feel that this was a worthy endeavour.


All acts of marking the Holocaust seem slight - the brute realness is too big. The thing seems completely beyond whatever horizon an artwork can reach. The moment of being snuffed in a field in Eastern Europe, the murder wagons, the death marches, the swilling insanity of life amongst amongst mass-extermination of humans, how do you say this? Language itself is broken by these acts, so Celan, so Adorno. 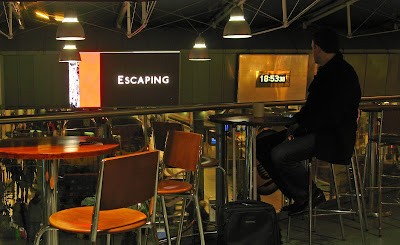 And then there is the discomfort of commemorating the victimsation of Jewish people while war rips into Palestine. And what about the many other non-Jewish people who died in the Holocaust? And and and. Discomfort is such an English-sounding word, such an English-feeling idea, bringing with it associations of minor ailments and social gaffes. But it is the word I keep reaching for.

What do I think about when I look back on Kindness? I recall conversations with the survivor Thea in her lounge, the clock ticking through all the horrors. I think of Dr Goldberg jolting me awake at the end of a long, tedious organisational meeting to set up the project - "The symbol of the holocaust is the cattle truck. Remember." I think of Ad showing me the shovel scar on his head, from the SS guard of honour at Buchenwald. I think about Meyer's tattooed wrist and his telling of the death march, voice hypnotising. But most of all, strangely, I think about human kind-naturedness and connection. I have the image of Agneta, who had survived Auschwitz, working alongside a young woman, a student called Ashley, passing it seemed from one to the other some kind of almost untouchable knowledge. 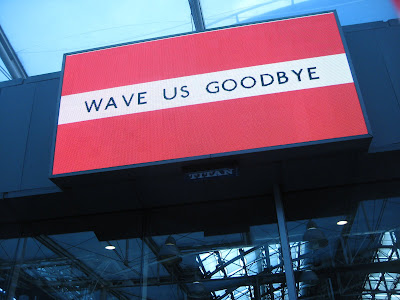 Posted by Philip Davenport at 13:30