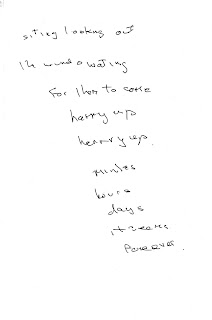 
Over the next few months I continue the long overdue job of posting poems on the blog from the last couple of years, poems from more older people and homeless people living in Greater Manchester and Derbyshire. You can follow the progress here: http://arthur-and-martha-poems.blogspot.co.uk/
Posted by arthur+martha at 01:30