Smell is a memory-prompt. The smells of coffee, or a roast dinner, or eau de cologne carry with them a huge freight of memories and meanings for different people. We've rarely worked with scents and so we decided it was time for a try-out during a reminiscence-art session. We brought rose water, perfume, vanilla, bread, coffee, oranges and lemons to the workshop, some small bottles and some clay to make labels. 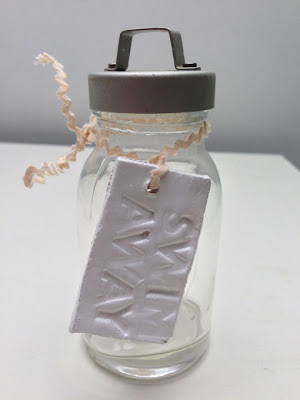 Research we'd done suggested that smell can help people with dementia diagnosis to remember, cutting through the confusion. But in our morning workshop it became clear that the struggle to find an association was too big for people in later stages of dementias. Something different and fascinating happened instead: they talked beautifully about the process of trying to remember.

An emotional highpoint of our morning was a tiny but significant incident. One particular participant has big difficulties with recollection and language itself. She smelled some fresh bread and was able to utter the word 'loaf'. It brought enormous joy to her, that rekindled spark of naming and the happiness stayed with her the rest of the morning. 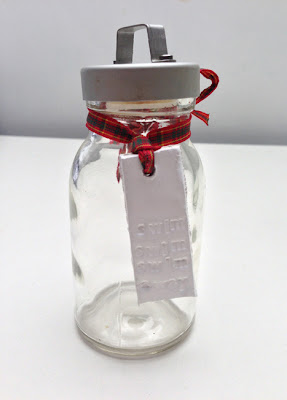 The afternoon was with a group who again had various dementias, this time less developed. They're a very likeable group of people, but sometimes fractious and there had been some growling between them before we started. The session itself was great fun, but had an undercurrent of the conflict remaining. People bring their lives to these sessions and sometimes life is messy.

Lois and I are probably the most ruthless critics of our work and afterwards we were discussing the session when Milly the volunteer who'd helped us popped back into the room. She had a message from one of the participants: “Margaret would like to say that she had an excellent afternoon with you. She said you're a great change from all the familiar faces here and the TV too. She'd like you to come back, tomorrow.”

I've been looking over my notes from the session and would like to end with this little poem from Sydney, talking about the delicious smell of the world after a rainstorm. Sydney was a scholar of both Latin and Greek - the phrase post pluvium is his translation of 'after the rain':

after the rain-storm
a row of night-scented
and virginia stock
after it rained a strong scent
of the old roses
rosa canina
rosa, rhodon
bourbon roses floribunda
after the rain
post pluvium.

Posted by Philip Davenport at 02:30