It's a winning combination. Last Thursday, we worked with people waiting for the Chiropody clinic in the Four Acre Health Centre. As in our previous session, they were quick encounters, so we devised an activity that was easy to achieve in a short time. 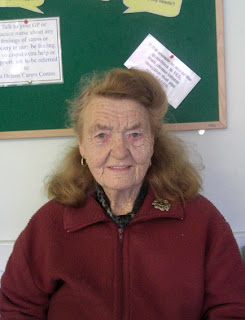 There can be a price to pay working in this manner; the depth of the work can suffer, it feels at times as if you're surface-scratching at the subject matter. We have set ourselves the aim of creating a large community artwork, so there is also a building pressure to get making.
However on the plus side, there's an opportunity to meet and talk to people who might not normally partake in art events, (some of whom may join us again at future sessions). Also, something rather wonderful happens when placing arts and reminiscence in an unusual setting - a subtle change in atmosphere, a lessening of tension. Doctors' waiting rooms can have an air of apprehension; to find yourself taking part in a conversation about childhood games is welcome distraction - perhaps even gives a medicinal lift in well being.

We noticed a general hush when the participants were talking, as other occupants in the waiting room quietly listened in. Conversations would sometimes start to spill, with those listening joining with their own contributions whispering amongst themselves. 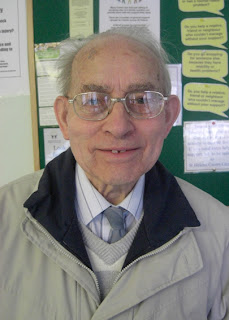 We created little flags, one side naming a childhood game played by the participant, the other side the location the game was played at. Names of roads and games sounded poetic, they seemed to conjure up more than they actually said.
lamp to lamp
from there to there
McColloh Street
Finger Post
stonies we called marbles
July Street
lemonade power at Carr Mill
Happy Valley
tin can bongo
pie crust jump on your back
ginny can or piggy
Stanley Park
knock on the door
and run away 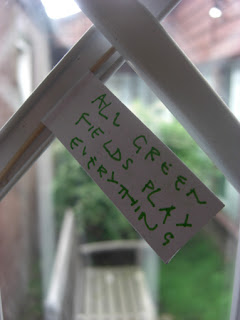 The flags we plan to place in sandwiches at a teaparty event, any excuse for lunch... more photos of the evidence to follow another day. 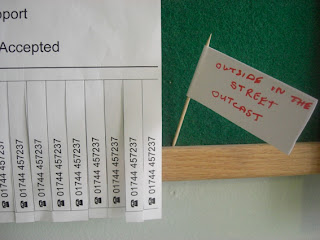