Poetry films on the BBC Big Screen in Manchester will commemorate the Holocaust, bringing together the memories of older Jewish people. 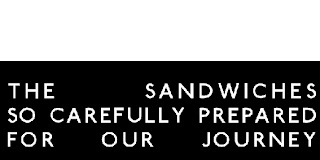 The project, titled BRING LIGHT TOWARDS YOU, is one of many arts projects run by the arthur+martha arts organisation. In the build-up to Holocaust Memorial Day on 27th January, poetic texts created by the older people, many of whom are Holocaust survivors, will be displayed ‘in lights’ on the Screen at The Triangle in the city centre.


The Holocaust has often been linked to trains: millions of people, particularly Jews, were taken to concentration camps by train before being killed in the notorious Nazi ‘Final Solution’ during the Second World War. These 30-second films give fragments from accounts of their journeys: to destruction and journeys of escape.

Artist Lois Blackburn and poet Philip Davenport worked with older Jewish people living at The Morris Feinmann Home, Manchester, exploring issues related to the Holocaust. “To hear these stories has been a powerful, haunting experience,” said Davenport. “The poems are little pockets of emotion that bring alive one of the most notorious events in  recent history. It's hard to imagine the reality of the Holocaust because it was so huge, so brutal. What these tiny moments of remembering do is connect to ordinary people's experience.”

Lois Blackburn added: “As in all our projects, we talked to people about the small details of their experience, because it is people’s everyday lives that collectively make history. It’s the sandwiches your mum made, or the look on your sister’s face as you said goodbye. The fact that we’ve been able to help people transform these memories into messages that will be seen my thousands is an extraordinary privilege.”

Some of the pieces were shown on the electronic billboard in Piccadilly Railway Station on Holocaust Memorial Day 2009, but this is the first time that the whole sequence has been seen. arthur+martha have continued to develop the project in partnership with Holocaust Memorial Day Trust, working with young people with special needs, Roma children and many others.


Funding for the project came from Sparks: The Clore Jewish Development Fund. arthur+martha are regularly supported by Arts Council England.
THE FULL SEQUENCE OF TEXT ANIMATIONS CAN BE VIEWED AT http://www.arthur-and-martha.co.uk/pages/kindness%20samples.htm
- Ends -


Holocaust Memorial Day
• In November 2005, the United Nations established Holocaust Memorial Day as a day of remembrance across the World
• Further information can be found by visiting www.hmd.org.uk
• The theme for HMD 2011 is Untold Stories, which recognises that there are millions of stories that we will never know because they have been lost forever due to the Holocaust and subsequent genocides.