Uncle Bill and the D-Day Landings

With the 70th Anniversary of the D-Day Landings coming up on Friday, conversation at the Handicraft group at the New Mills Volunteer Centre,  moved between knitting for Service Men and the landings themselves. The following is a snap shot.

Uncle Bill was in the D-Day landing, landing tanks. He was in about 3 different Regiments in all, the Desert Rats, the Kings Own, the Lancashire Fusiliers and some Scottish Regiment. They moved him about- that many of them got killed, but he never had a scratch on him- so deaf though you couldn’t say a word to him.

When he was getting on a bit, he still had a pair of Khaki shorts that he’d kept since he was in the desert. His wife threw them out, he was so mad at his wife- they were covered in blood, German blood! 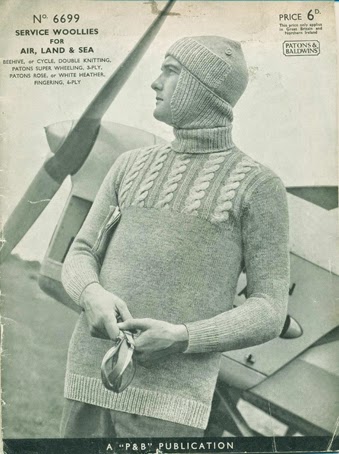 I knitted socks, mittens and balaclava’s, did the socks on 4 needles, Air Force blue, Navy and Khaki, they used to give us the best wool as we were the best knitters, they’d give us other peoples knitting sometimes to un-pick and re-knit. I have a certificate somewhere from the British Legion, as I was only 13 when I was doing all that knitting. 11 when the war started. 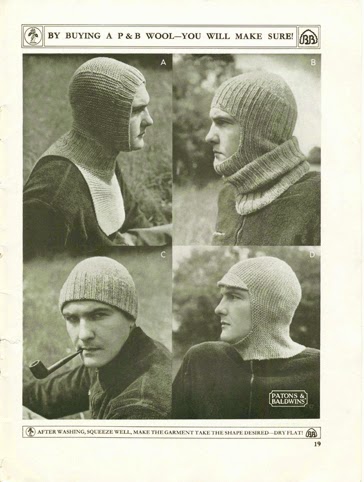 Knitting patterns were much more complicated in the 30s and 40s, people would sit and listen to the radio and knit… the pattern sizes wouldn’t be so good now either, everyone was so much thinner then with the rations and everything…

Thanks to all the members of the group who have kindly donated knitted rectangles for the Stitching the Wars Quilt, I came to the session to find a bag full of beautiful knits, and more were made as we chatted.

Coincidently, the pattern books that feature in this post were published by Patons & Baldwins, Ltd, Alloa, Scotland. My Granddad Jack Blackburn used to work there before and just after the 2nd World War as a box man, he went around the Mill with a big box on wheels, taking the wool round for the women to spin. Two of my Granddads sisters also worked at the mill and a Great Uncle was a transport manager there.

My Granddads real passion was his music, but he felt had to have a secure job (he'd been brought up in the 30s depression) My dad and Grandma wanted him to go full time as a drummer in the band- but he wouldn't take the gamble.

The house my Grandfather, Grandmother and dad lived in was a house provided by Patons, a house for life. They moved in in 1939 the year war broke out. He joined the Royal Airforce and was stationed at Biggin Hill where he worked as a Anti Gas Instructor, looking after the Gas Masks for the pilots. They were bombed relentlessly there, he became ill with the stress, a stomach ulcer- he was brought back to Scotland where he worked in the Scottish Airfields.

He was very knowledgable about wool, and the quality of wool- perhaps some of that passion, got passed down to me.... oh and my son is learning the drums...