The Dark Would Volume 3 language art exhibition curated by Philip Davenport from arthur+martha opens 3rd May at Bury Art Museum 10am-5pm. There will also be a discussion event and reading at 2pm at Bury Met, as part of the international Text Festival. 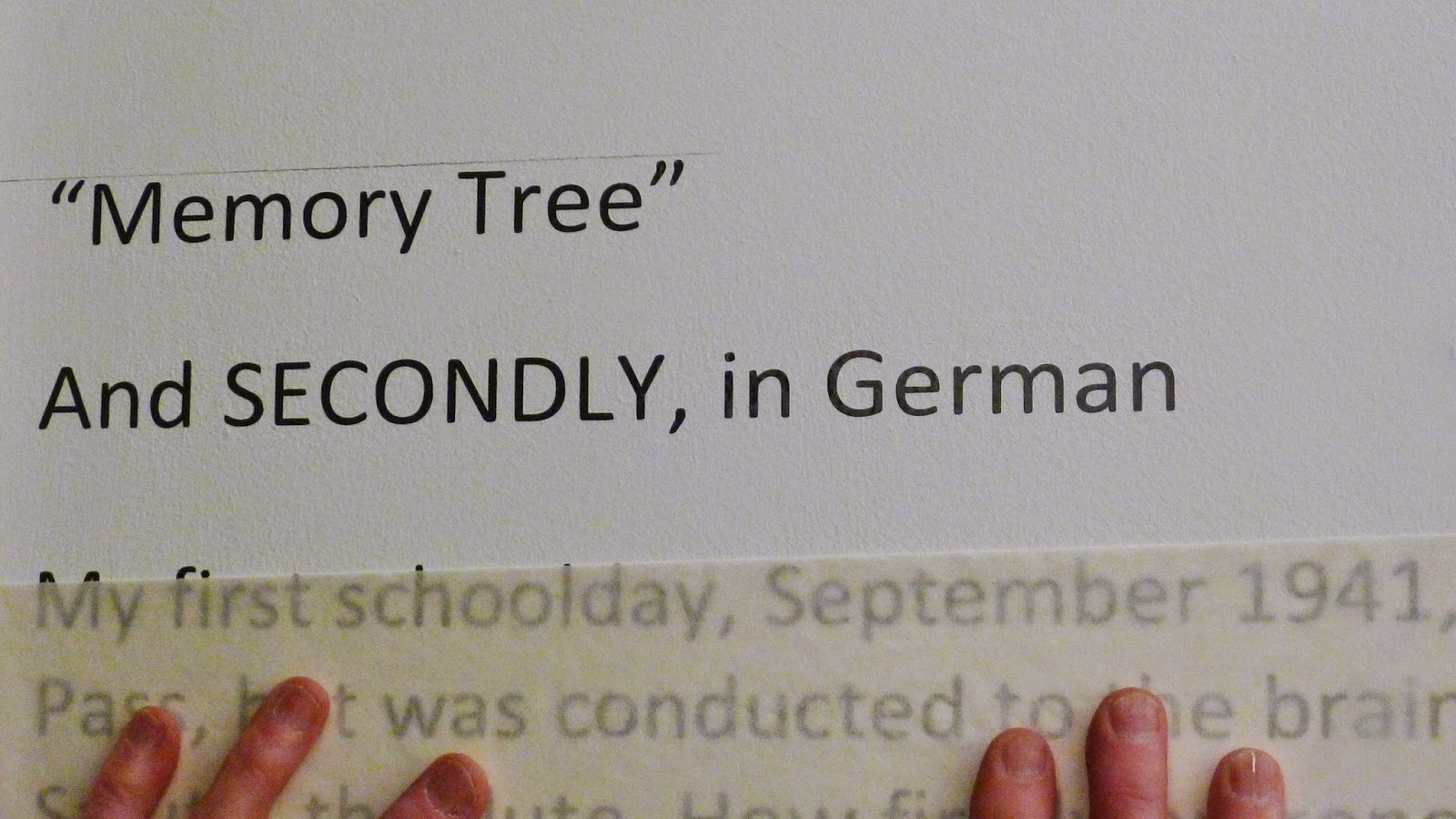 
The Dark Would anthology was edited by Philip last year, bringing together people who use language to make art - poets, text artists, performance artists, musicians...

Currently being installed at Bury Art Museum is the third "volume", an exhibition that Philip has curated, based on The Dark Would. He also worked with local schoolchildren to make a soundtrack and has included a piece made during arthur+martha sessions with members of a dementia drop-in in Bury.

The exhibition is themed around the translation of memory into language. In it, you'll find an evocation of childhood in Nazi Germany, visual poems made by fixing a biro to a computer mouse, a text adapted from the Financial Times to become birds, a film/song for the mythic killer Long Lankin, Rorschach butterflies to commemorate dead poets - and a text/art work based on family trees. 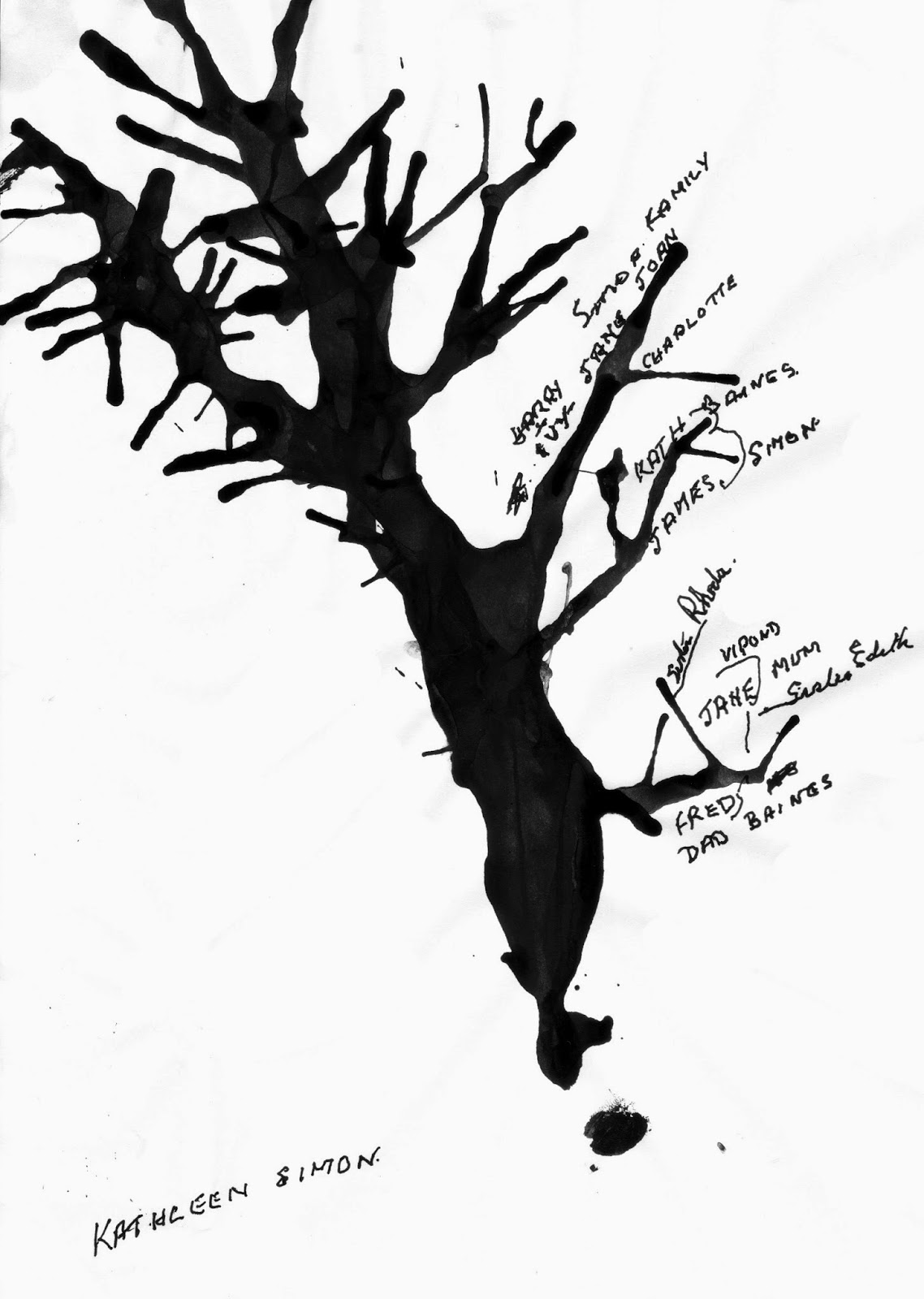 This last piece was made during arthur+martha workshops at Pinfold Lane dementia care day centre in Bury, which were supported by Bury Art Museum. It is an ongoing strategy by arthur+martha to exhibit work made in our projects alongside major international practitioners.

The exhibition previews Friday 2 May, 7pm as part of the launch of the Text Festival and new Sculpture Centre at Bury Art Museum. There will be a discussion about issues raised by The Dark Would on Saturday 3 May 2pm at Bury Met, chaired by Philip with a panel of derek beaulieu, Caroline Bergvall, Marton Koppany and Ron Silliman. The discussion will begin with a poetry reading from Ron Silliman. 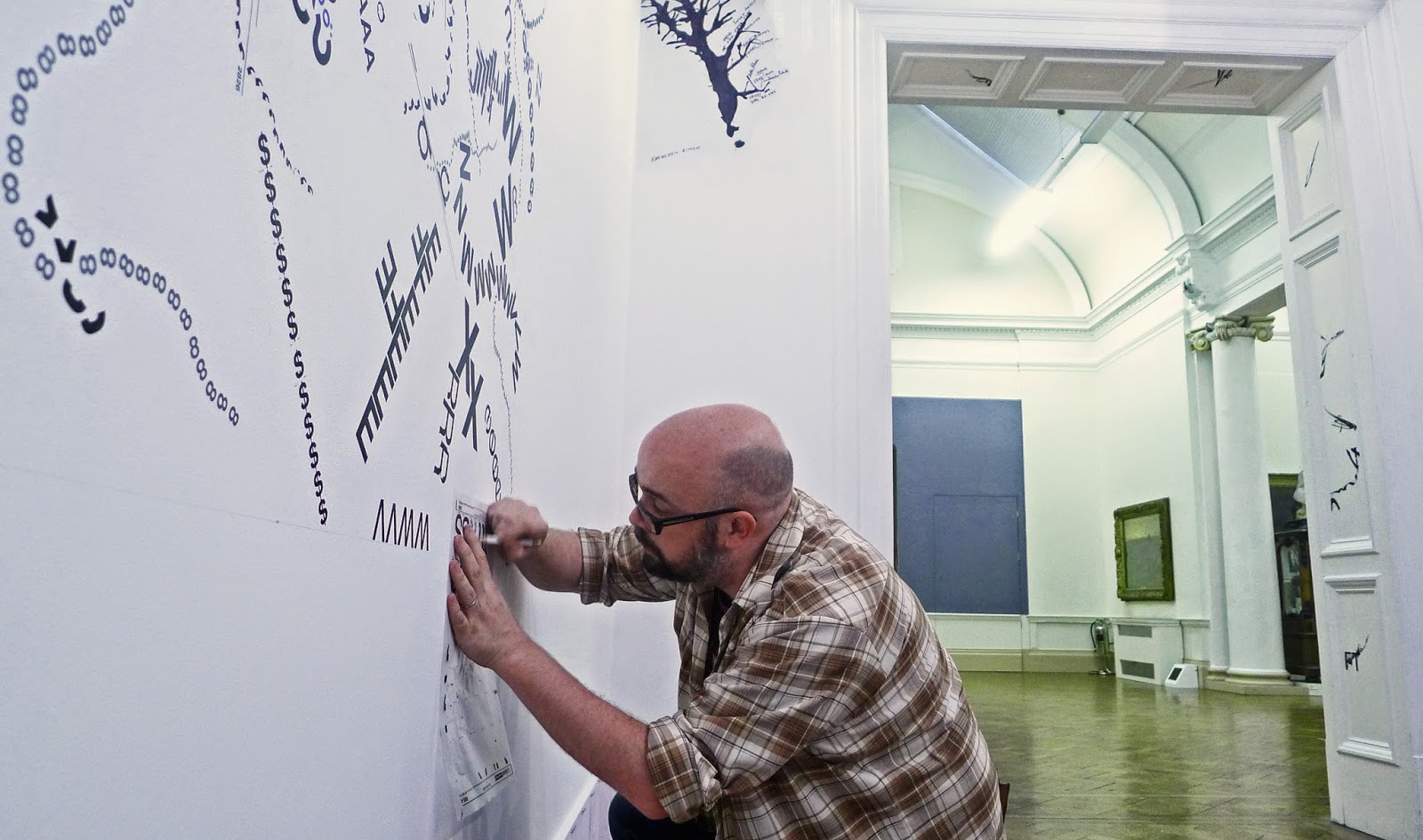 Posted by Philip Davenport at 15:20