19th Sept 2013 Making Memories, Oldham
This is written with the sound of chanting, temple bells, and harmonising with them, the roar of a food blender from the kitchen. I'm at the Indian Association temple in Oldham and outside it is tipping rain from a resolutely grey sky. In here, the smell of spices, the beginning of big cooking for many people – and colour. The modest corridors and décor of the building are punctuated by sudden colour-bursting dayglo, from the little shrines and images dotted through the temple. 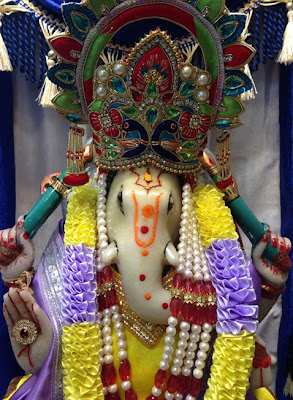 We're now into our third session at the Hindu Temple and the newness of this mini-world is dizzying. The prayers being chanted here now are in Sanskrit, one of the ancient languages, a key to let us into the far past, like Latin or Greek. I'm listening out for the tell-tale 16 syllable lines, which identify the old Sanskrit prayers, the sloks/shlokas/slokas (depending on who you ask for a spelling). It is sometimes overwhelming to be dropped into a completely new environment, but this newness also brings ideas, which are gold-dust for creative work.
Morning is an important time in the day for connection to the gods and so morning observances are also important and must be clockwork regular. Now the sound of frying, a chat after prayers. Someone walks past me and nods good morning. The bustle of workshops is about to start, but still the high note of the little bells hums in my ears.
We're exploring the power of objects to evoke memory, as part of our wider project to build reminiscence boxes that intertwine object-based reminiscence with making art and poetry. A temple feels like a very good place to do this, given that there are icons (or idols, as some here describe them) all around us. What better environment to explore personal iconographies?
What we're learning here is a tiny fraction of a wholly different culture – instead of Royal Family teacups and old washing boards and Glenn Miller, we have Ganesh and Saris and sloks. There are deeper differences too, which we're just starting to get a sense of – and it is these things that feed more profoundly into the project. 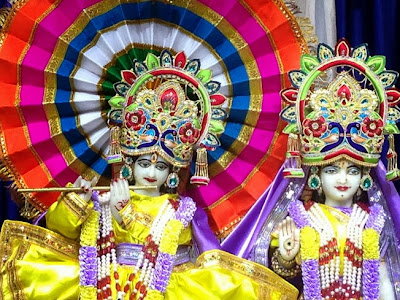 The temple isn't simply an ad hoc gathering of religious stuff, it is focussed towards a serious purpose – that of self-exploration and understanding. We too need to focus the energy that our precious objects liberate. We are compiling creative exercises as we work, which are a way of doing this. But these sets of rules, if they're to be truly effective, must not only bring limitations, paradoxically they must also set people free.