green is the motivator 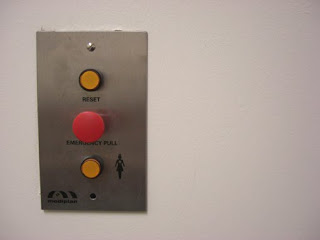 In the sun, outside Stepping Hill Hospital café, it’s my luxury to write with a cup of coffee beside me and to breathe fresh air after the wards.

As I look around it occurs to me that I don’t actually know where I am spatially – on all sides are extensions of the old hospital and extensions of those extensions. It’s an eyeline maze of brick blocks with plastic windows (contemporary) then 1960s/70s retooling of the ‘modern’, and then much older pre-war structures. Aircon systems make a huge insect drone left and right of me. Hospitals feel like industrial buildings, as participant/patient Raymond West pointed out a few weeks ago in his poem curtailed :

a hospital, an industrial estate

we are dead loss

green is the motivator to go

stifled in a wheelchair

raise your sight, your expectation

St Thomas, where I first worked with Lois in 2000, was much-feared by some of our oldest participants because it was the building that had been the Poor House. For some people who had confusion about their location in time/place it was terrifying to imagine that they were in that hated institution, though it had long since been converted to a hospital. Now that incarnation has gone too and the old nightingale wards have been wished away.

But what have we replaced them with? To ask Raymond’s question, why do modern hospitals look like industrial plant? Where are the real plants, coloured green, with flowers attached? What do these buildings tell us about our own attitude towards humanity, are we all simply bodies, like car bodies, products? Why do we mend ourselves in places reminiscent of industrial complexes, with little bits of art and a smatter of trees patched on as an alibi? Is it because we’re terrified of the places that we create hospitals in the form of a collective nightmare?

I’ve just come from interviewing ward sister Charlotte Moran who is responsible for E1, a stroke ward. The care and consideration that her team provides in those rooms is a testament to kindness. It seems to me, sitting in this brick vortex, that it is not the people who made the shell, but the people within who are the truly inspired architects.

Posted by Philip Davenport at 06:27